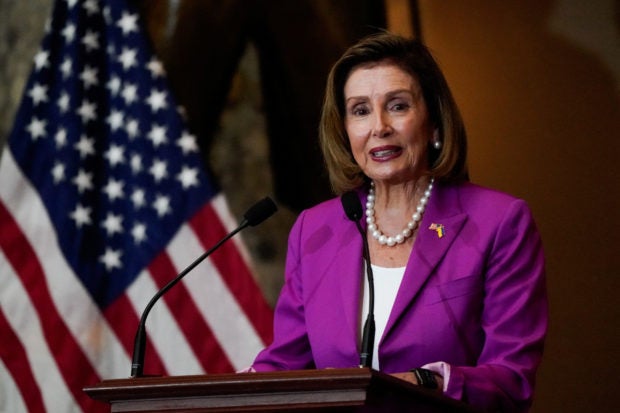 WASHINGTON — The U.S. House of Representatives on Friday passed legislation banning assault-style rifles that have been used in mass shootings, sending it to the Senate where it faces likely defeat.

By a mostly partisan vote of 217-213, Democrats won passage of the measure amid public anger over mass murders in which rapid-fire AR-15 rifles were used to kill and wound school children and adults engaging in day-to-day activities.

“They’re easier for a teenager to get than to buy a beer,” Democratic Representative Lloyd Doggett said during debate. “We’ve turned our churches, our schools, our shopping centers, our entertainment venues, almost any place into a battleground with one massacre after another,” he added.

Democrats have been trying for years to renew a federal ban on the weapon, which was first imposed in 1994 and expired in 2004.

The ban resulted in a significant decrease in mass shootings, according to a 2021 study by Northwestern University Feinberg School of Medicine.

Republicans have resisted, accusing Democrats of attacking the 2nd Amendment to the U.S. Constitution, which grants the right to “keep and bear arms.”

Democrats have argued that is not a blanket prohibition on the control of some guns and their enhancements.

Assault-style rifles are lightweight, semi-automatic weapons popular among hunters in the United States. They also are capable of causing severe damage to humans when they tear through organs, bones and muscle in rapid fire.

“There can be no greater responsibility than to do all we can to ensure the safety of our families, our children, our homes, our communities, and our nation,” U.S. President Joe Biden, a Democrat, said on Friday, urging the Senate to back the measure.

“Once again, we’re considering legislation that would do nothing more than penalize law-abiding citizens while doing absolutely nothing about the root cause of gun violence,” he said.

With public opinion moving in favor of some new gun controls, Congress one month ago approved a bipartisan bill that Biden signed into law containing modest safety measures.

It included tougher background checks before gun sales can be transacted, with a particular eye toward keeping weapons out of the hands of people convicted of domestic violence or significant crimes as juveniles.

It marked the first time in three decades that Congress succeeded in passing a significant gun control bill.

The most recent in a string of mass shootings with AR-15s included 10 killed and three wounded at a Buffalo, New York supermarket, 19 children and two teachers murdered at a Uvalde, Texas elementary school and seven killed at a July 4 holiday parade in Highland Park, Illinois.

Democrats vowed, however, to keep pushing for additional controls.

The 100-member Senate is divided 50-50 between Republicans and Democrats, who control the chamber because Democratic Vice President Kamala Harris is its ceremonial president and has the power to break tie votes.

But Senate rules require that most legislation needs the support of at least 60 senators to advance, meaning that Republicans can block a bill from even being debated.

During the June push for passage of the bipartisan bill there were not enough votes among Republicans to raise the age for buying an assault rifle to 21 from 18, much less ban the weapon.