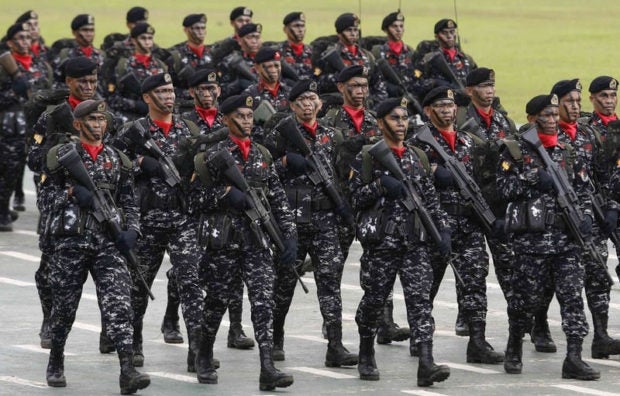 MANILA, Philippines — A bill seeking to develop the country’s defense capabilities and set defensive conditions — including the mandatory mobilization of civilians for the sake of public safety has been filed in the House of Representatives.

House Bill No. 11 or the proposed National Defense Act of 2022 authored by Speaker Ferdinand Martin Romualdez, Tingog party-list Reps. Yedda Marie Romualdez and Jude Acidre, and Ilocos Norte 1st District Rep. Ferdinand Alexander Marcos outlined several provisions that would make up the country’s National Defense Policies — which the lawmakers said would be a departure from a Commonwealth-era set of rules.

“Defense conditions shall be the bases for the designation of persons and entities to act in behalf of the state.  Defense Conditions, hereinafter referred to as DEFCON, are circumstances where the three categories of events — disaster internal disorders, and invasion — acting separately or in concert tend to, or actually threaten, the security of the state,” the authors said in the bill.

Under Article I, Section 4 of the proposed measure, military service will be made mandatory for all Filipino citizens — with the President prescribing the methods and procedures for the classification of those rendering service.

“During mobilization, the President through the Secretary of National Defense shall have the power to secure all resources as may be necessary for national defense,” Section 6 says.

In a later statement, one of the authors — Rep. Jude Acidre — clarified that the bill is neither a call for Filipinos to arm themselves for war, nor is it a mandatory military service during peacetime.

“House Bill (HB) No. 11 requires mandatory military service for all citizens only when the President mobilizes the nation ‘in case of actual invasion or when public safety requires’,” Acidre clarified.

“Any mobilization plan, according to our proposed measure, shall conform to the provisions of the Constitution.  Military service in war time does not only involve carrying guns and shooting people. There are also priests, doctors, nurses, engineers and other professionals needed for their service in war,” he added.

Aside from the mandatory service, the bill also outlines the duties of military officials, from the commander-in-chief up to the chief of staff of the Armed Forces of the Philippines and all other officials of the different branches of services.

Other non-military aspects of defense, like the clarification on the mandate of the Office of the Civil Defense and the Philippine Veterans Affairs Office, were also included in the bill.

This is not the first time a lawmaker sought to pass a National Defense Act.  In the 18th Congress, former Muntinlupa Rep. Ruffy Biazon tried to pass a similar bill but failed to do so due to time constraints.