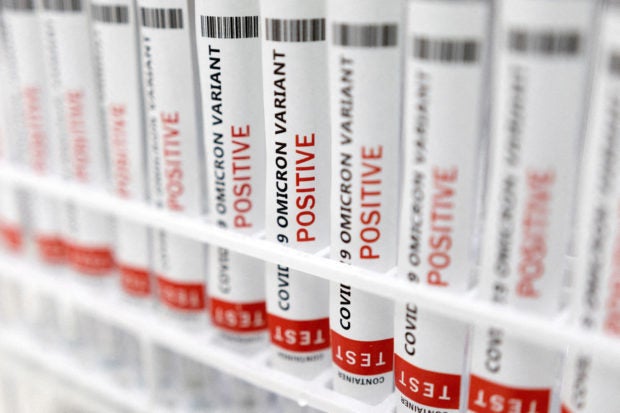 (Our positivity rates also increased from 12.5 percent to 14.8 percent this week, which is similar to our rate in February.)

This is almost triple with the World Health Organization’s ideal threshold for positivity rate.

However, Ho explained that the country remains at a low-risk classification despite the increase in positivity rate.

(Nationally, we remain at a low-risk classification with a daily average attack rate of 2.33 cases per 100,000 population.)

Meanwhile, Metro Manila was escalated into moderate risk classification as it currently has a daily moving average of 1,100 cases per day and an ADAR (average daily attack rate) of 7.25 cases per 100,000 population, said Ho in a separate response to reporters.

All other regions, on the other hand, remained at low-risk classification despite a reported increase in the past two weeks.

(That’s really our trend, but all regions remain a low risk, but we have seven regions that recorded ADAR ranging from 1.45 to 3.96 cases per 100,000 population.)

Ho added that the continuous increase in cases also did not translate into an increase in COVID-19 admissions as the number of severe and critical cases continues to be below 1,000, only at 734.

(16.49 percent remained asymptomatic and 40.97 percent of the hospitalized compatriots were mild.)

But Ho noted an increase of about 12 percent or 757 in total COVID-19 hospital admissions, with the ICU utilization rate currently at 21 percent.

Despite this, healthcare utilization rate both nationally and in Metro Manila remain at low risk, said Ho.

More than 16 million individuals have also been inoculated with their first booster shot, while 1.2 million have received their second booster shot.

The DOH recently launched the “PinasLakas” program, which aimed to administer booster jabs to at least 23 million people or 50 percent of the eligible population within the first 100 days of President Ferdinand Marcos Jr.’s administration.

Low vaccination, booster turnout may lead to over 19,000 daily COVID cases by August

DOH: ‘Wall of immunity’ vs COVID-19 waning, cases may peak by end-July