1 dead as building collapses in Benguet town due to quake 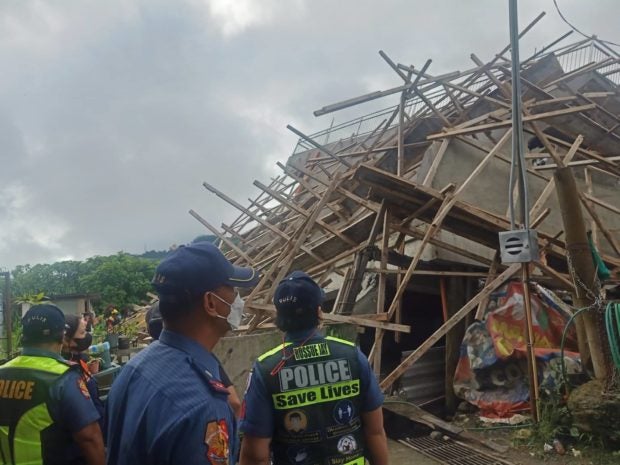 This building, which is under construction, collapsed during the magnitude 7 earthquake that hit La Trinidad town, Benguet province on Wednesday (July 27) morning, killing a laborer. (Photo courtesy of Benguet 2nd Mobile Force Company)

BAGUIO CITY—A construction worker in Barangay Buyagan in La Trinidad town, Benguet province, was reportedly killed when he was hit by falling debris from a building that collapsed due to the strong earthquake on Wednesday morning.

The 7.0-magnitude (not 7.3 as earlier reported by the Philippine Institute of Volcanology and Seismology) struck Benguet and a large part of northern Luzon around 8: 43 a.m.

The police have yet to identify the fatality.

Benguet Governor Melchor Diclas said he would suspend work and classes in the province.

He said they were still assessing the damage. INQ