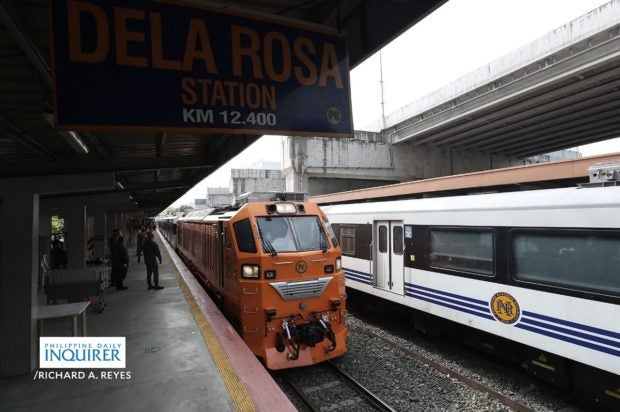 LIGAO CITY—House Ways and Means Chair and Albay second district Representative Joey Salceda said Malacañang had assured him that the railway projects in the country, particularly in the Bicol region, would be completed under President Ferdinand Marcos Jr.’s term.

“I clarified with ES (Executive Secretary Victor) Rodriguez whether Bicol Railway is still a priority for PBBM (Marcos), and he said that yes, it is covered by his commitment to all ongoing railway projects,” Salceda said in a statement Tuesday, July 26.

He said if the project is finished, “it will change the game for the industries in the Pacific Seaboard.”

“Albay is the most densely populated province in the whole Pacific Seaboard. It also hosts the Bicol International Airport, which can service Regions VIII and Mimaropa (Mindoro, Marinduque, Romblon, and Palawan); and Region VIII is the economic catch-up region of the Visayas. If we can connect Manila, Albay, and the Waray Region through a network of transport infrastructure backboned by rail, we can accelerate development and economic interconnectivity between these regions,” he said.

The lawmaker also affirmed Marcos’s statement that rail is the cheapest way to transport cargo and passengers.

“President Marcos is right, and given that economy of scale, railway historically has been the way to induce development from economic centers to economic peripheries. Bicol railway will be the backbone of an emerging Bicol-Mimaropa-Waray economic axis,” he added.

“The issue is just that financing negotiations are still ongoing, so it was much better to emphasize during the Sona (State of the Nation Address) the projects that can be undertaken with ready funding,” he said.

Salceda also stressed that the Chinese appear to be back at the negotiating table on Bicol rail financing.

“If they reiterate their offer of 3 percent per annum, in this inflationary global environment, that’s good enough. I am also working on alternative financing to strengthen our negotiating position and help PBBM,” he said.

The PNR temporarily abandoned train operations along the Manila-Bicol in 2014 due to rail damage caused by typhoons, right-of-way issues, and lack of train coaches.