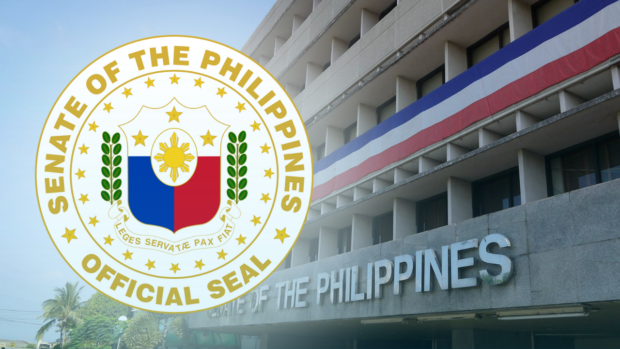 MANILA, Philippines — It was a smooth-sailing election for the first batch of Senate committee chairmanships during the first regular session of the upper chamber on Tuesday.

Senator Mark Villar was named chairperson of the Committee on Trade, Commerce and Entrepreneurship, while his mother, Senator Cynthia Villar, was elected to head the Committee on Agriculture, Food and Agrarian Reform.

Another set of siblings, Senators JV Ejercito and Jinggoy Estrada, will be heading the Committee on Local Government and the Committee on National Defense and Security, Peace, Unification, and Reconciliation, respectively.

Meanwhile, Senator Imee Marcos — the sister of the President — has been elected chairperson for the Committees on Foreign Relations and Social Justice.

Neophyte senator Raffy Tulfo was selected to lead the Committee on Energy, while fellow newcomer Robinhood Padilla will take the helm of the Committee on Constitutional Amendments and Revision of Codes.

The Committee on Accountability of Public Officers and Investigation (Blue Ribbon) was assigned to Senator Francis Tolentino, and the Committee on Public Order and Dangerous Drugs will again be under the leadership of Senator Ronald dela Rosa.

Opposition senator Risa Hontiveros, on the other hand, was re-elected to lead the Committee on Women, Children, Family Relations and Gender Equality, while Senator Grace Poe will be the chairperson of the Committee on Public Services.

The Committee on Accounts will have Senator Nancy Binay as its chairperson.

Moreover, Senators Sonny Angara and Francis Escudero will take the helm at the Committee on Finance and Higher, Technical, and Vocational Education, respectively.

Senator Sherwin Gatchalian will take charge of the Committee on Ways and Means.

The upper chamber is set to convene again on Wednesday at 3 p.m. to continue its election for the chairpersons of the remaining Senate committees.

Read Next
Couple killed in motorcycle-car collision in Cauayan City
EDITORS' PICK
Percy Lapid’s kin: ‘We demand that his cowardly assassins be brought to justice’
Nothing’s certain so here’s how everyday Filipinos can make the most out of their Plan B
Do all the things you do, faster
PNP vows to bring justice for slain Percy Lapid; says probe underway
House energy committee chair Arroyo bats for cheap electricity
‘Seniority’ requirement despite vacant posts in DOH bothers senators
MOST READ
Student stabs teacher dead in Samar town
Trixie Angeles quits as press secretary due to health reasons
Not rehired?: Trixie Angeles not on list of reappointed Cabinet execs
Heart Evangelista to stay abroad ‘indefinitely’: ‘Hindi muna ako babalik’
Don't miss out on the latest news and information.