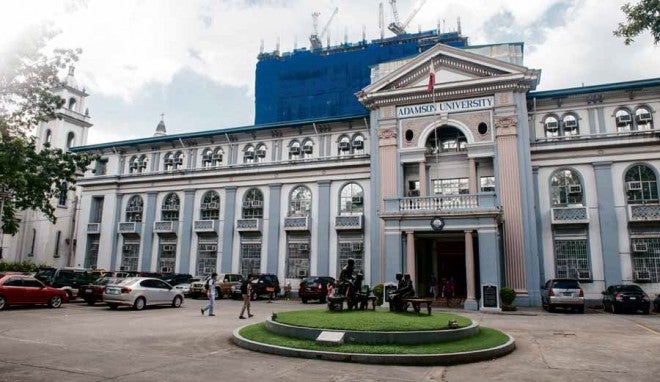 MANILA, Philippines — The Commission on Higher Education (Ched) called the allegations that Adamson University (AdU) awarded “instant PhDs” to Chinese teachers “very alarming,” as the Vincentian-run institution denied any “malpractice or conduct” with their graduate program.

Ched was reacting to a South China Morning Post’s report on Monday, which stated that Chinese education authorities fired the head of Shaoyang University in Hunan province for allegedly spending over 180 million yuan (P1.47 billion) on one-off payments for 22 teachers sent to AdU where they received what critics call an “instant PhD degree” after 28 months.

“This report of an instant PhD is very alarming and prejudicial to the international reputation of our Philippine HEIs (higher education institutions),” Ched Secretary Prospero De Vera told reporters on Tuesday.

De Vera noted that the Ched has granted autonomous status to the university, making it “free from regular monitoring.”

However, the higher education chief said the agency will not condone any violation of existing laws and regulations regardless of the institution’s autonomous status.

“Although Adamson is free from regular monitoring of Ched as an autonomous institution, Ched may conduct investigation activities in case of reports of a general erosion of quality and/or gross violation of laws, rules, and regulations that adversely affect the good standing of the PHEI as a reputable educational institution,” he pointed out.

For its part, the AdU “strongly denounces” what they call a malicious claim from “certain sectors” in Hunan Province in China.

In a statement on Tuesday, the university stressed that they have no official linkage with Shaoyang College [University] and their faculty members came to enroll in their graduate program on their own with appropriate credentials.

They said that their graduates had passed through stringent verification procedures and were awarded in accordance with their successful compliance with institutional and CHED requirements.

“The questionable practices and improprieties allegedly committed by the President of Shaoyang College [University] do not reflect inadequacies in the credibility and legitimacy of the Adamson University’s educational programs, nor do they signify Adamson University’s involvement in any such malpractice or misconduct,” the university said.

“Internal dynamics in Shaoyang College [University] administration and its constituency had, unfortunately, dragged the name of Adamson University in their domestic conflicts,” they added.

Adamson called what they described “malicious intent” to impeach the integrity and reputation of their graduate school program unacceptable.

The 90-year-old institution said they are reviewing their options in seeking any and all legal remedies “to protect the good name and reputation of the school.”