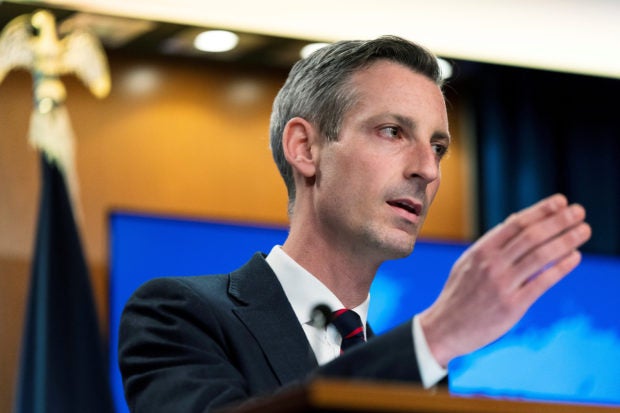 WASHINGTON — The United States on Monday said there can be no “business as usual” with Myanmar’s ruling military following its execution of four democracy activists, adding that all options were on the table as it considered further measures to punish the junta.

Speaking at a regular press briefing, U.S. State Department spokesperson Ned Price called on countries to ban sales of military equipment to Myanmar and refrain from any action that would lend the junta any international credibility.

Asked if the Biden administration was considering sanctions on Myanmar’s gas industry, a sector that was spared in previous rounds of U.S. sanctions, Price said that in their discussions of further measures, all options were on the table.

“With these horrific atrocities that the junta has carried out, there can be no business as usual with this regime,” Price said.

Sentenced to death in secretive trials in January and April, the four activists were accused of helping a civilian resistance movement that has fought the military since last year’s coup and bloody crackdown on nationwide protests.

The country’s first executions in decades triggered an international outcry.

No country has the potential to influence Myanmar’s trajectory more so than China, Price said, while also calling on the regional Asean grouping of countries to maintain precedent of barring junta representatives from regional meetings.