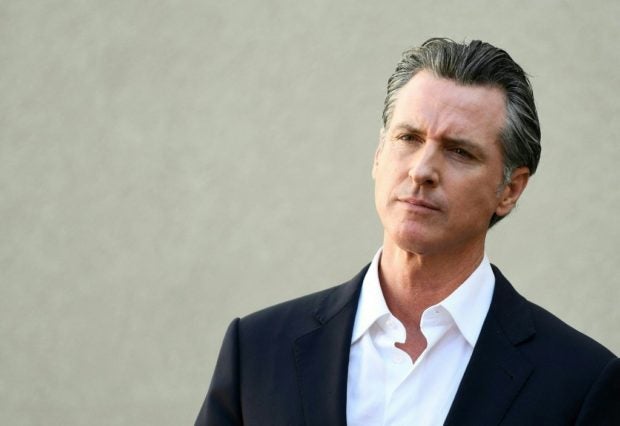 Last year, well before the US Supreme Court overturned the nationwide right to an abortion, the Republican-controlled state of Texas enacted a new law allowing individuals to sue anyone helping to terminate a pregnancy, if a fetal heartbeat could be detected.

The Texas law allowed the individuals who filed the civil complaints, if they won their case, to receive “damages” of at least $10,000.

Officials in the heavily Democrat-leaning state of California, where there is solid support for abortion rights as well as for strict gun control measures, decided to push for new legislation that uses the same controversial legal mechanism.

The law Governor Gavin Newsom signed Friday will allow individuals to seek $10,000 from any person or company that manufactures, sells, or transports firearms that are banned in the state, which includes assault rifles and homemade so-called “ghost” guns.

State Senator Anthony Portantino, speaking at a press conference, was explicit that he and his bill co-authors had the Texas law in mind when they wrote their legislation.

Court challenges to the California law, which is set to go into effect on January 1, 2023, are expected to follow from conservative organizations and the nation’s powerful gun lobby.

Newsom argued that it was the US Supreme Court, with its 6-3 conservative majority, who “opened the door” to such a move.

“The Supreme Court said this was okay. It was a terrible decision. But these are the rules that they have established,” he added.

The US high court refused last year to halt the Texas abortion law from going into effect while challenges work their way through lower courts.

Similar Texas-style abortion restriction laws have since been enacted in several other Republican-led states.

Last month, a decision by the Supreme Court also expanded the right to carry concealed firearms around the country.

Newsom at the time called the decision “dangerous” and “shameful.”

Nearly 400 million guns were in circulation among the civilian population in the United States in 2017, or 120 guns for every 100 people, according to the Small Arms Survey.

More than 45,000 people were killed in 2020 by guns, about half of which were suicides, according to data compiled by the Gun Violence Archive.