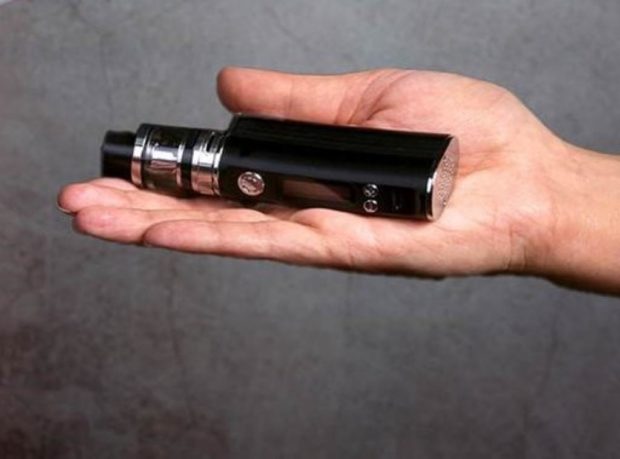 The Department of Trade and Industry (DTI) said “it fully supports the regulation of vaporized nicotine and non-nicotine products and other novel tobacco products (vape products.)”

“Vape products can be utilized as an alternative or a helpful means to transition from consuming conventional tobacco products to less harmful tobacco products,” former DTI Secretary Ramon Lopez said in his recommendation to the Office of the Executive Secretary which solicited inputs for the approval of the bill.

Also supporting the Vape Bill are the Department of Labor and Employment (DOLE), Department of the Interior and Local Government (DILG) and Department of National Defense (DND). They expressed support for the bill in response to the request by Malacañang for comments and recommendation on the consolidated House Bill No. 9007 and Senate Bill No. 2239.

The enrolled bill aims to regulate “the importation, manufacture, sale, packaging, distribution, use and communication of vaporized nicotine and non-nicotine products and novel tobacco products.”

Studies on tobacco use prevalence show that 16.6 million adults or 23.8 percent of the Philippine population are reported as tobacco users in any form.

“With studies suggesting that use of vape products contribute to decline in smoking prevalence, the bill provides access to less harmful alternatives, while espousing parity in regulation with that of cigarettes,” the DTI said.

“Maintaining its position for regulation of tobacco products, instead of its total ban, to prevent proliferation of illicit trade; and aligned with its mandate on consumer protection and policy of ensuring a balance between all stakeholders’ interests, the DTI believes that vape products can be utilized as an alternative or a helpful means to transition from consuming conventional tobacco products to less harmful tobacco products,” the agency said.

“Regulation of vape products, which are novel consumer products, is consistent with the DTI’s overarching mandates and capability to protect consumers and establish product standards under Republic Act No. 7394 or the Consumer Act of the Philippines and RA 4109 or the Philippine Standards Law,” it said.

The DTI cited data showing that some 2.18 million Filipino farmers, workers and laborers depend on the tobacco industry. It said the bill will support the livelihoods of those economically dependent on the local tobacco industry and would help in keeping the industry afloat.

“Hence, the bill clearly provides a regulatory framework to ensure that taxes are collected from vape products, and thus, would contribute revenues to the national coffers,” the DTI said.

PhilTobacco Growers Association, Inc. representing more than 50,000 tobacco farmers in Northern Luzon appealed in a letter to President Ferdinand Marcos, Jr., to pass the Vape Bill to ensure their livelihood.

The farmers cited that most of these products are imported and that farmers from other countries are the ones benefitting from the industry. “Nais namin na kami ay maging bahadi ng potensyal na maitutulong nito hindi lang sa lokal na pangangailangan kundi pat isa posibleng pag-export nito sa ibang bansa,” they said.

Former DILG Secretary Eduardo M. Ano also said his department supports the approval of the bill as it regulates the importation, distribution, manufacture, packaging, sale and use of vaporized nicotine and non-nicotine products.

“The regulation of vaporized nicotine and non-nicotine products will be beneficial to our economy specifically to the farmers and laborers dependent on the tobacco industry and guide the local government units on the proper course of action to take relative to these vaporized products,” the DILG said.

It said the Vape Bill strengthens Republic Act. No. 11467 and RA 11346, as it provides penalties which are absent in the two measures.  “The bill likewise adds to the existing prohibitions found in RA 11467 like the prohibition on the use of flavor descriptors that appeal to minors in the packing.  This is on top of the flavor ban found in the said law,” it said.

Former Defense Secretary Delfin Lorenzana also expressed support for the intent of the enrolled bills which is to “promote healthy environment and protect the citizens from any potential hazards caused by smoking and ensure that the sale to minors and the illicit trade of VNNP and their devices are effectively prevented.”

“Tobacco growing, manufacturing and sales are important economic activities which support the livelihood of 2.7 million Filipinos including tobacco farmers, workers and their dependents.  This reality must be considered in the treatment and regulation of this novel industry,” the DOLE said.

“This will certainly lead to job generation, opening of new businesses and provide more employment for the labor sector,” DOLE said.