Explainer: What are benefits and risks of Paxlovid to treat Biden’s COVID? 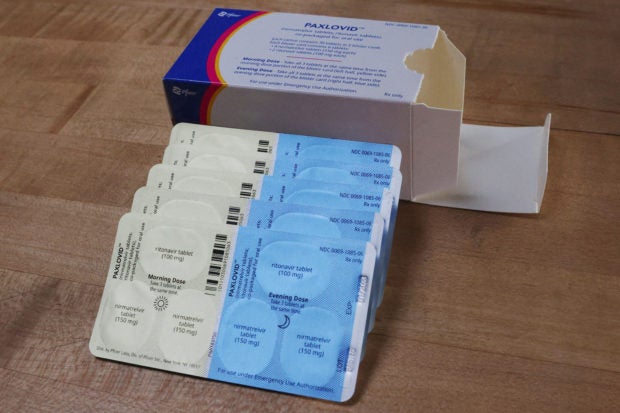 Here is a rundown of possible treatments U.S. President Joe Biden will receive for COVID-19 and the risks he faces, having been infected most likely with the fast-spreading but less severe BA.5 variant.

At 79, the president falls into a high risk category for COVID but has the advantage of medical advances that improve his chances for a full recovery.

The president has also been started on Pfizer Inc’s antiviral drug cocktail Paxlovid, a combination of two pills that in clinical trials were shown to reduce the risk of severe disease by nearly 90% in high-risk patients if taken within the first five days of infection.

Doctors say much has changed since President Donald Trump was infected in 2020 at age 74.

“This is a much different situation than Trump’s infection, which occurred before medical countermeasures such as the vaccine and Paxlovid were available,” Dr. Amesh Adalja, an infectious disease expert at the Johns Hopkins Center for Health Security, wrote in an email.

“Biden isn’t remotely in the same risk category as Trump was,” Faust tweeted, citing Biden’s four doses of vaccine and the drug Paxlovid.

Dr. Bruce Farber, chief of infectious diseases at Northwell Health in New York, who is not treating the president, said Paxlovid is likely the only treatment the president will get unless his symptoms worsen.

A small but significant percentage of people who take Paxlovid will suffer a relapse or a rebound that occurs days after the five-day treatment course has ended.

Such was the case with Dr. Anthony Fauci, Biden’s chief medical officer, who last month was infected with COVID, took Paxlovid, began testing negative and then experienced an infection rebound.

Fauci was given a second course of Paxlovid by his personal physician, although the Centers for Disease Control and Prevention have said there is no evidence such additional treatment is needed.

Even with the vaccines and the advantage of a powerful antiviral drug, a small percentage of older people do wind up in the hospital.

A key indicator to watch will be the president’s oxygen saturation level. If it falls below 94%, or if he shows signs of breathing difficulty, that would warrant hospitalization, experts said.

Biden’s late 2021 physical showed him to be relatively healthy. He is not obese, a risk factor with COVID, and he does not have common health risks of elderly people, such as heart failure.

The one exception is that he has a common condition known as atrial fibrillation, or AFib, an irregular heartbeat that increases the risk of heart attacks and strokes.

The condition increases the president’s risk for severe disease, Adalja said. “I think it is likely to be outweighed by his vaccination status and Paxlovid.”

The president takes the anticoagulant drug Eliquis, known generically as apixaban, to treat his AFib, as well as the cholesterol-lowering statin drug Crestor.

Because both drugs interact negatively with Paxlovid, the White House said the president has temporarily stopped taking them.

Yale cardiologist Dr. Harlan Krumholz said that short periods without anticoagulant added minimal risk. Neither was AFib a major concern because of the current variant.

“This variant is almost impossible to escape and that is why we are seeing rising rates of hospitalizations and deaths – but the excess deaths are still far below peaks of prior waves,” he said.

Biden says he is ‘doing well,’ working after testing positive for COVID