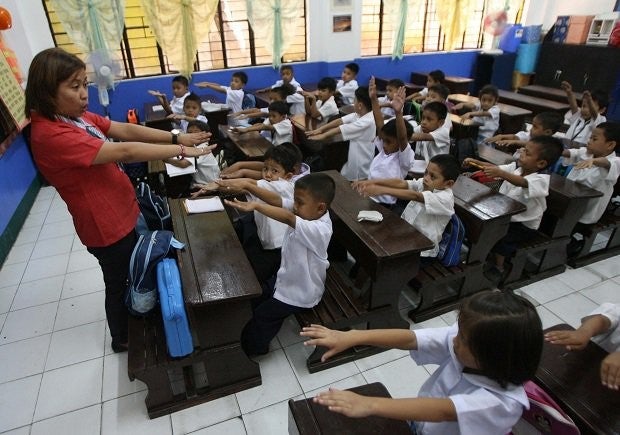 MANILA, Philippines — A Pulse Asia survey commissioned by Senator Sherwin Gatchalian has revealed that half of Filipinos believe public school teachers are not paid enough for the job they do.

Because of this, Gatchalian, who is poised to retain his chairmanship of the Senate committee on basic education, arts, and culture, called for an increase in the pay of public school teachers.

(It is time to raise the salary of our teachers, especially since they play an important role in children’s learning.) 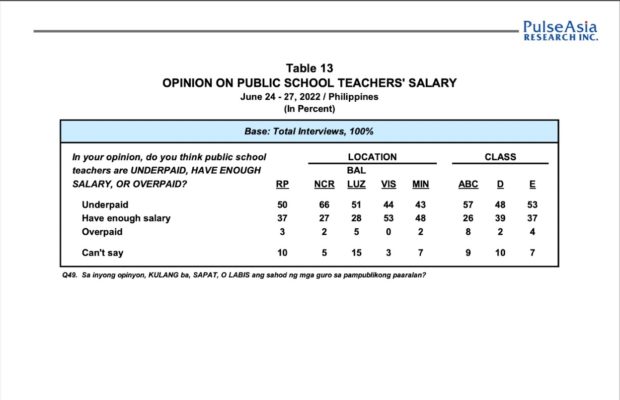 Gatchalian lamented that public school teachers are lagging among their counterparts in the Association of Southeast Asian Nations when it comes to entry-level pay.

He filed Senate Bill No. 149 or the proposed Teacher Salary Increase Act, in a bid to increase the Salary Grades (SG) of teachers:

The senator said his proposed increase in the pay of public school teachers is consistent with Republic Act No. 4670 or the Magna Carta for Public School Teachers.

He is eyeing to amend the Magna Carta for Public School Teachers to make it more relevant to current challenges.