Over P5-M worth of ecstasy seized in Cebu City 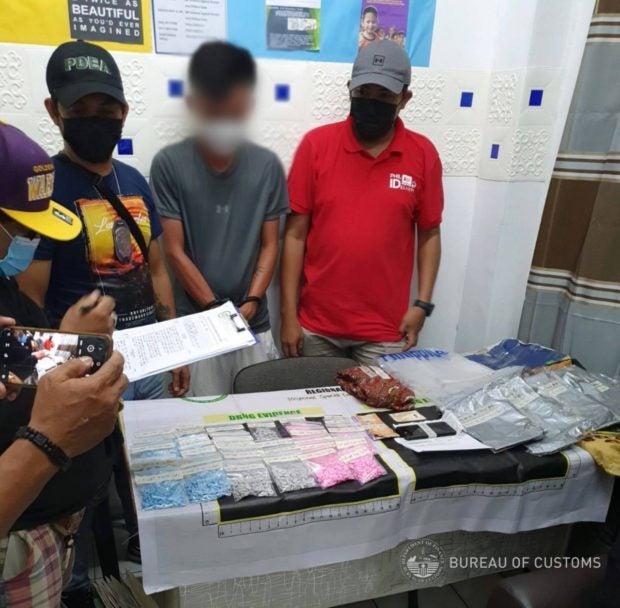 MANILA, Philippines — Nearly 3,000 pieces of ecstasy drug with an estimated value of over P5 million were seized in Cebu City, the Bureau of Customs (BOC) reported Tuesday.

The BOC said the package, which came from the Netherlands, was declared as women’s clothing.

However, during a controlled delivery operation on July 18, the package was found to contain 2,984 pieces of ecstasy with an estimated value of P5,072,800, the BOC said.

The claimant of the package was arrested for possible violation of Republic Act No. 9165 or the Dangerous Drugs Act as well as Republic Act No. 10863 or the Customs Modernization and Tariff Act (CMTA).

“BOC-Naia under District Collector Carmelita Talusan continues to tighten border security efforts as it continues to strengthen its partnership with other agencies not only on illegal drugs but on other goods, which are illegally imported under the CMTA,” the bureau said in a statement.

“Under the direction and reform initiatives of BOC Commissioner Rey Leonardo B. Guerrero on border protection, BOC-Naia has remained in the forefront of the Bureau’s anti-smuggling campaign, which has earned praises from other international Customs Organizations,” it added.

The controlled delivery operations were conducted by BOC Port of Naia in partnership with the Philippine Drug Enforcement Agency as part of the Naia-Inter-agency Drug Interdiction Task Group (IADITG). Andy Hoo, INQUIRER.net trainee