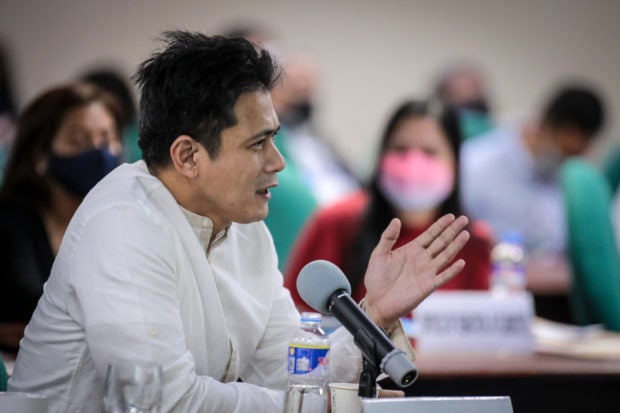 MANILA, Philippines — Senator Robin Padilla is saddened and hurt by the International Criminal Court’s (ICC) investigation into the country’s brutal war on drugs.

Padilla — a supporter of former President Rodrigo Duterte, who launched a campaign against illegal drugs — said it would be better if the ICC would observe the situation instead of investigating.

(I am saddened whenever they say that a foreigner will meddle with us because when we allow it, that will be a precedent… It seems like we do not trust our own justice system.)

(If there is someone who should investigate, it should be our fellow Filipino. If you want to probe Duterte, it should be Filipino. Our heroes’ sacrifices will be put to waste if we let foreigners reign here. Maybe we can allow the ICC just to observe.)

Duterte, during his presidency, has also voiced out that he will only face a Filipino court.

Padilla claimed that Duterte, who allegedly committed crimes against humanity, cooperated with the ICC, but there was a prior judgment against the former chief executive.

(President Duterte cooperated. The problem is they cooperated with judgment. That hurt us. They judged the president even though they were not here.)

(They have not stepped foot in the Philippines yet judged the president. It is because of those who went there and presented evidence that was shaped by their political agenda.)

Opposition groups were the ones that raised the issue to the ICC, Padilla stressed.

The actor-turned-politician likewise urged investigators to look at both sides and ask for statements from the families of the alleged drug suspects and their victims. With reports from Nicole Faye Agcaoili, INQUIRER.net intern