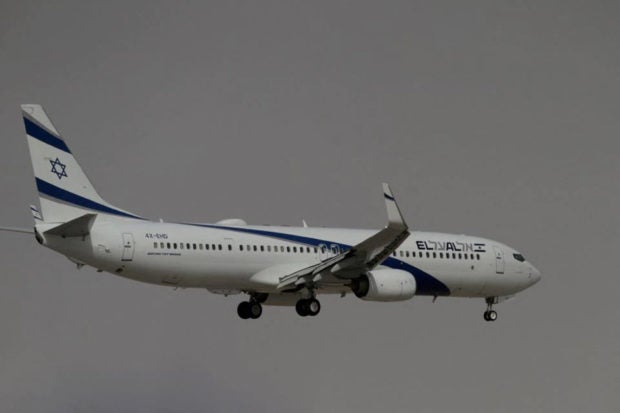 JERUSALEM — Israeli airlines plan to expand and open new routes to India and other Asian destinations after Saudi Arabia announced it would allow unfettered access to its airspace, a move that would save fuel costs and reduce flight times.

In the absence of open relations between the countries, however, and given talks on including Oman in the expanded corridor, Israeli Transportation Minister Merav Michaeli said implementation could take several weeks at least.

Prior to Riyadh’s announcement on Friday, Israeli airlines could overfly Saudi territory to United Arab Emirates and Bahrain only. Dropping restrictions on access to Saudi airspace means they will be able to use it to reach Asia too.

Both flag carrier El Al Israel Airlines and smaller rival Arkia have already applied for permission to fly over Saudi Arabia, they said on Sunday, which would cut about 2-1/2 hours from flights to India and Thailand.

Present routes to those popular destinations bypass Saudi airspace by flying south over the Red Sea around Yemen.

The United States has been mediating on the expanded overflights, which Michaeli said would eventually entail direct coordination between Israeli and Saudi civil aviation agencies – even though Riyadh has yet to formally recognize Israel.

“It’s a better situation than full alienation and zero communication. So whatever we can achieve, we should go for it and work toward building more and more of a relationship and more and more trust,” she told Reuters.

Asked when the expanded Saudi corridor will be implemented, she said: “Your guess is as good as mine. I hope it’s not months, but weeks.”

Asia-bound Israeli planes crossing Saudi would want to skirt Iran by continuing into the airspace of Oman – which, Michaeli said, gave initial approval for Israeli overflights in 2018.

“I’m sure it will be worked out again, just to sort of refresh this agreement. But again, this is one of the details that’s being worked out and we need to be cautious about it and wait and see until it happens,” she said.

This in turn would help efficiency for El Al by allowing it to use smaller aircraft on its route to Mumbai while saving fuel on its nearly daily flights to Thailand, said Shlomi Am Shalom, an El Al official.

“We can take a big airplane and use it in other places like Australia and Japan,” he said, adding flying to Melbourne and Tokyo were still in the planning stages.

Similarly, Arkia said it planned to start flights to Goa, India, in November and was considering new destinations such as Thailand and Sri Lanka using Airbus A321neoLR aircraft.

Israel’s Tourism Ministry has said the expanded Saudi corridor would eventually make airline tickets some 20% cheaper. The airlines, however, have been less explicit about a price drop.

An Israeli official said on Saturday he expected members of the country’s Muslim minority to be able to fly directly to Saudi Arabia for pilgrimage by next year.

Saudi opens airspace to ‘all carriers’ in gesture to Israel – statement

Do signs point to an Israel-Saudi normalization deal?