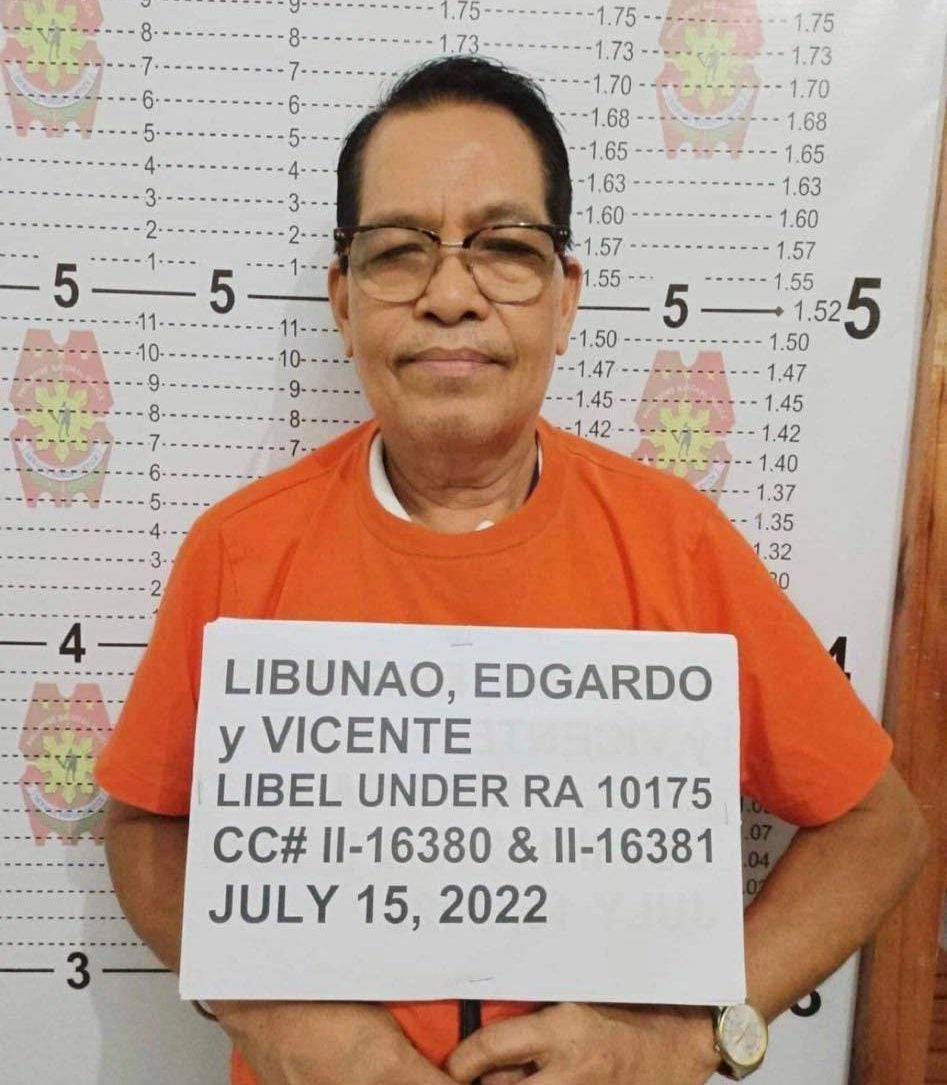 Edgardo “Gary” Libunao, a reporter at DZCV-Filipinas Radio Broadcasting Network, stands for a mugshot after he was arrested for two counts of libel in Gonzaga, Cagayan on Friday. Photo from Gonzaga PNP

Police Major Gary Macadangdang, Gonzaga police chief, said in a phone interview on Saturday that Edgardo “Gary” Libunao, a reporter at DZCV-Filipinas Radio Broadcasting Network, was collared by police armed with an arrest warrant at 8:30 p.m. in his house in Paradise village.

Macadangdang said he was not aware about the complainant and the details of the libel charges against Libunao as “the person possibly filed a direct complaint before the court and the complainant did not course through before us.”

Libunao could not be reached for an interview as he was still detained.

The case was lodged by couple Reginald and Marvilyn Somera, former councilors and entrepreneur, amid the alleged unfounded personal attacks and charges against them during the May elections.

The details were not discussed and the couple has been indisposed for comments.

Read Next
Cop killed in encounter with suspected NPA rebels in Samar
EDITORS' PICK
Percy Lapid’s kin: ‘We demand that his cowardly assassins be brought to justice’
Nothing’s certain so here’s how everyday Filipinos can make the most out of their Plan B
Do all the things you do, faster
PNP vows to bring justice for slain Percy Lapid; says probe underway
House energy committee chair Arroyo bats for cheap electricity
‘Seniority’ requirement despite vacant posts in DOH bothers senators
MOST READ
Student stabs teacher dead in Samar town
Trixie Angeles quits as press secretary due to health reasons
Not rehired?: Trixie Angeles not on list of reappointed Cabinet execs
Final net satisfaction rating slightly decreases for Robredo, Sotto — SWS
Don't miss out on the latest news and information.