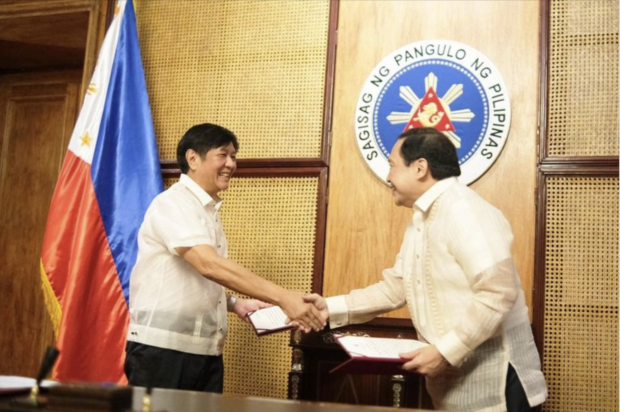 MANILA, Philippines — Ambassador Manuel Antonio Teehankee will be back as the country’s permanent representative to the World Trade Organization (WTO) in Geneva, Switzerland, after getting the appointment from President Ferdinand “Bongbong” Marcos Jr. on Friday.

Marcos, who ended his isolation period after a bout with COVID-19, personally met with Teehankee.

According to a biography of Teehankee posted on the WTO website, the Ateneo School of Law professor was the chairperson of the WTO Committee on Trade and Environment sitting in Special Session (CTESS) from 2008 to October 2011.

During that time, the organization said that Teehankee was also the Ambassador and Philippine Permanent Representative to the WTO.

In 2017, Duterte appointed Teehankee along with other ambassadors to New Zealand and Mexico.  The powerful Commission on Appointments allowed Teehankee’s appointment, but it came with opposition from some sectors, including Senator Risa Hontiveros.

Based in Geneva, the Geneva Forum for Philippine Concerns and Ugnayang Bayan sent separate letters to the committee to oppose Teehankee’s appointment.  The groups cited a 2005 case against him involving his former employee.

A 2016 column from INQUIRER.net’s US bureau opposed Teehankee’s appointment as Department of Foreign Affairs undersecretary, saying that he was found guilty by the Geneva Police Court of usury after he underpaid his Filipino household help at a rate of just 12 percent of Geneva’s legislated minimum wage.

READ: No to Teehankee as DFA Usec; he abused one of our own

Hontiveros said during the committee hearings that she would have voted against Teehankee’s confirmation “in solidarity” with the issues raised by the Geneva Forum for Philippine Concerns.