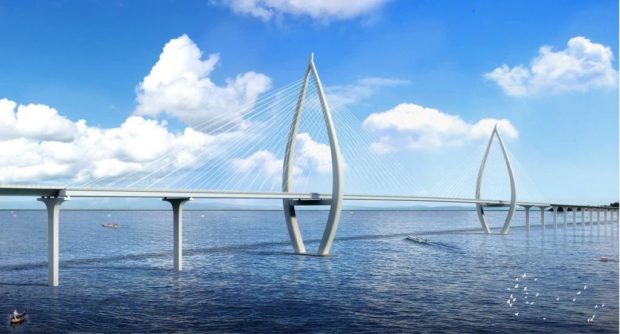 ILOILO CITY—The proposed Panay-Guimaras-Negros bridge may be realized under the administration of President Ferdinand Marcos Jr.

He cited the Benitez family connection to the Marcoses.

“[The bridge] will finally push through, said [Benitez] because he is close to [President Ferdinand Marcos Jr.], considering that his mother and father both worked with the [Marcos Sr. administration] before,” Treñas said.

Treñas and Benitez joined a dinner on July 8 with mayors and governors in Malacañang, with Marcos Jr. attending virtually after testing positive for COVID-19.

The national government under the Duterte administration borrowed in May $56.6 million (P2.96 billion) from the Korean government for pre-construction work.

These include engineering designs and procurement assistance as part of pre-construction requirements.