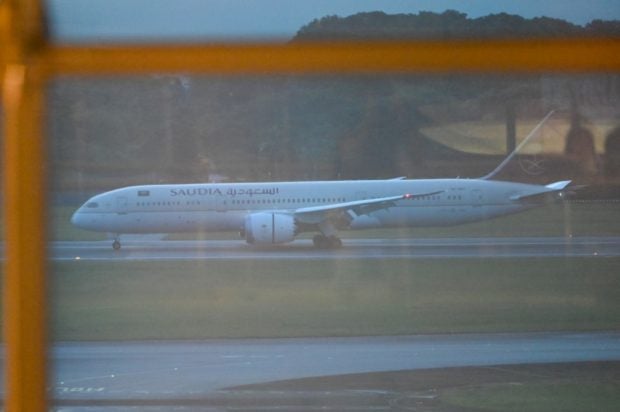 Singapore, Singapore — Sri Lanka’s president arrived in Singapore on Thursday after fleeing protests triggered by an economic crisis, with the city-state insisting he was on a private visit and had not been granted asylum.

Gotabaya Rajapaksa, his wife Ioma and their two bodyguards arrived in Singapore from the Maldives, where they had initially escaped to a day earlier.

The Saudia airline plane carrying them landed at Singapore’s Changi Airport at 7:17 pm (1117 GMT), according to AFP journalists on site.

Reporters had descended on Changi after news emerged that the president was heading to the city-state, but by late Thursday he had not been spotted leaving.

Singapore’s foreign ministry confirmed Rajapaksa had been allowed to enter the city-state but insisted it was for a “private visit.”

“He has not asked for asylum and neither has he been granted any asylum. Singapore generally does not grant requests for asylum,” it said in a statement.

A handful of Sri Lankans were waiting in one of the airport’s arrival areas to voice their anger at Rajapaksa and the economic crisis engulfing their homeland.

“I want to scold him with all the words that I know,” said a Sri Lankan design engineer working in Singapore, who identified himself only as Max.

“He’s responsible for everything that happened in our country,” he told AFP. The city-state is home to a sizeable Sri Lankan diaspora.

But authorities were quick to warn against protests — it is illegal for even one person to stage a demonstration in tightly-controlled Singapore without prior official permission.

In a statement issued after Rajapaksa’s arrival, police urged people to “abide by our local laws. Action will be taken against anyone participating in a public assembly that is illegal.”

Rajapaksa, 73, fled Sri Lanka after protesters demonstrating against the country’s worst-ever economic crisis overran his palace on the weekend.

He is expected to look to stay in the city-state for some time, according to Sri Lankan security sources, before potentially moving to the United Arab Emirates.