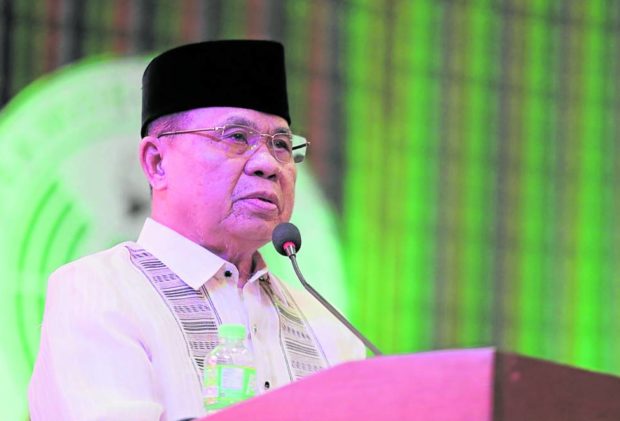 ILIGAN CITY—The leadership of the Bangsamoro Autonomous Region in Muslim Mindanao (BARMM) has mourned with the Japanese people in the death of former prime minister Shinzo Abe.

“We sympathize with the people in Japan during these trying times and join the international community in seeking justice for his death,” interim Chief Minister Ahod “Al Haj Murad” Ebrahim said in a statement.

Abe was gunned down on July 8 while campaigning outside a train station in Nara Prefecture. He was laid to rest in a private funeral on Tuesday in Tokyo.

“Mr. Abe, known for his incredible leadership that brought modern Japan to where it is today, has been a strong supporter of the Bangsamoro peace process throughout the years,” Ebrahim said.

“From the height of the peace process until the eventual ratification of the Bangsamoro Organic Law, Prime Minister Abe has always been there to assist us in whatever way possible. Until now, Japan’s presence and contributions continue to be felt across the region. The Bangsamoro has lost a friend and we will be forever grateful for his untiring commitment inbringing peace to Mindanao,” he added.

Outside of the peace process, Japan has provided grants and concessional loans to the government for a host of development initiatives in other areas of Mindanao.

Abe forged a cooperation agreement with then President Rodrigo Duterte, on the sidelines of the Association of Southeast Asian Nations summit in Singapore in 2018, for the construction of over 1,000 houses for families displaced in the 2017 Marawi siege. Ryan D. Rosauro, Inquirer Mindanao