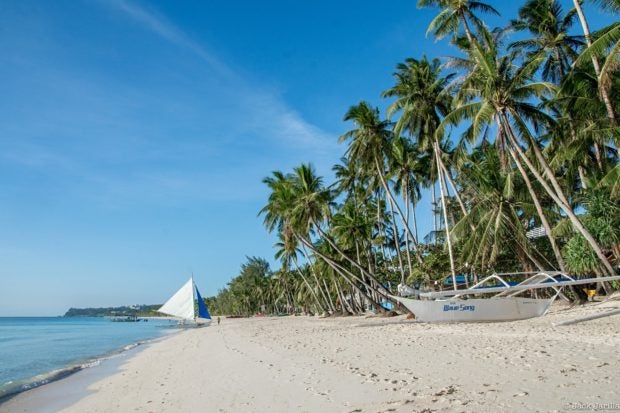 Marcos said this during the second Cabinet briefing on Tuesday, which he attended via teleconference.

The president pointed out how Singapore fared in tourism even with limited natural resources.

“That means that it can be done. We just have to support the plan to develop all of these enabling environments – the policy, conditions, and infrastructure,” Marcos said during the Cabinet meeting.

Citing the case in places such as Hawaii and Thailand, Marcos said healthcare facilities in tourist destinations such as Boracay can still be improved.

“[Sa] beach, maraming police and everything…So, if anything happens along that stretch, meron silang tatakbuhan kaagad. The lifeguards know exactly where to bring them,” Marcos said.

(Since there are so many police on the beach, if anything happens, they must flee immediately. Where to bring them is clear to the lifeguards.)

“That is supported by the local industry. Toka-toka sila (Each has a task), to keep a doctor there, to keep a nurse there,” he added.

Tourism Secretary Christina Frasco backed Marcos, saying some measures can still be improved, both on the national and local levels.

She, however, noted that the Philippines is “certainly not at a disadvantage” when it comes to the availability of natural resources and wealth of talent.

“But certainly, many measures could be improved as far as policy regulations, both on the national and local level, and proper coordination – to be able to focus on the overall tourist experience from the time that he arrives to the point of entry to the time that he gets to his point of destination,” Frasco said.

“Certainly, to benchmark their policies in this regard would be the direction we would take per your instructions,” she added.

Marcos’ economic team earlier disclosed its plans to spend five to six percent of the country’s annual gross domestic product (GDP) on infrastructure projects for the next six years.