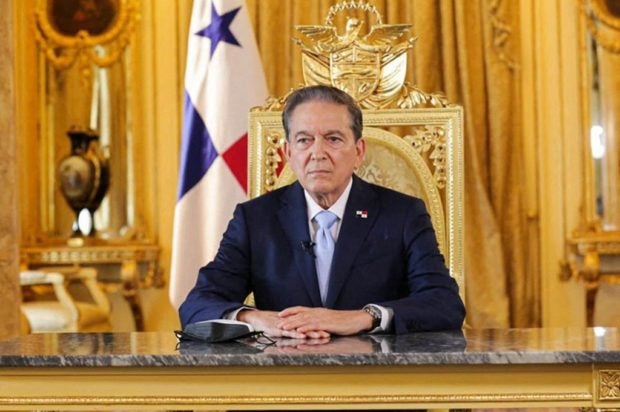 Panama City, Panama — Panama’s president announced a reduction in gasoline prices and freezing of rates for several other essential products Monday in the face of continuing protests against inflation and corruption.

“I understand the dissatisfaction of various sectors with the situation we are experiencing, caused by the effects of the pandemic and the consequences of the conflict in Ukraine,” Laurentino Cortizo said in a statement.

The price of gasoline for private vehicles will be reduced to $3.95 per gallon from July 15, he said, a drop of 24 percent from the price at the end of June.

Public transportation has already benefited from the lower price since May. 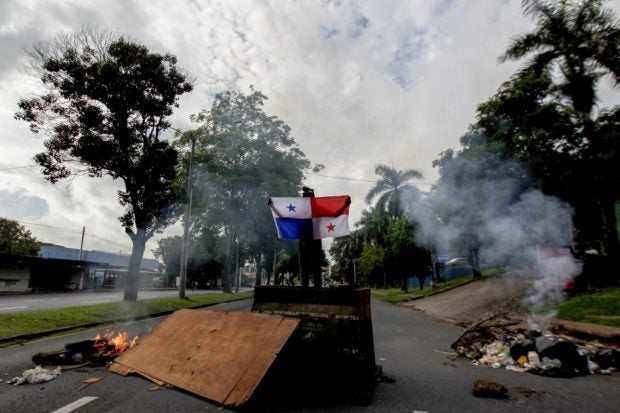 A protester holds a Panamanian flag at a blocked avenue during a protest over the high cost of food and gasoline in Panama City, on July 11, 2022. (Photo by ROGELIO FIGUEROA / AFP)

On Monday, hundreds protested in Panama in the second week of demonstrations against increases in fuel prices, which have risen 47 percent since January.

Cortizo also announced that his government would draft a decree to freeze the prices of a dozen essential food products.

Several unions, however, say that protests will continue until there is a general reduction in prices and gasoline rates drop below $3 per gallon.

In the western provinces of Veraguas and Chiriqui, near the border with Costa Rica, protesters blocked the Inter-American Highway, which connects the country to the rest of Central America.

In Panama City, a group of students clashed with police around the University of Panama, where a group of people temporarily seized a patrol car and broke its windows.

According to Mendez, for citizens to regain their purchasing power, the prices of medicine, food, electricity and fuel must be lowered or frozen, in addition to a general wage increase.

The Panamanian government set up a round table on Monday in the city of Santiago de Veraguas, one of the hotbeds of the protest, but no agreement was reached.

Read Next
Catbalogan mayor dangles cash to lure vaccine-hesitant seniors to get jabs
EDITORS' PICK
The Best Tech Gifts For The 2022 Holidays
House energy committee chair Arroyo bats for cheap electricity
Is it safe to talk politics again at family gatherings? ‘The Reconciliation Dinner’ shows us what that’s like
Pagasa: Warm, sunny Sunday in most parts of PH
EDITORIAL: To a bike-friendly future
vivo’s coming to town to grant wishes with more holiday promos
MOST READ
LOOK: Vhong Navarro transferred to BJMP detention facility in Taguig
The Elephant Man in the Senate
Posh village as ‘shabu’ haven
LOOK: Zanjoe Marudo bonds with Ria Atayde, her family
Don't miss out on the latest news and information.