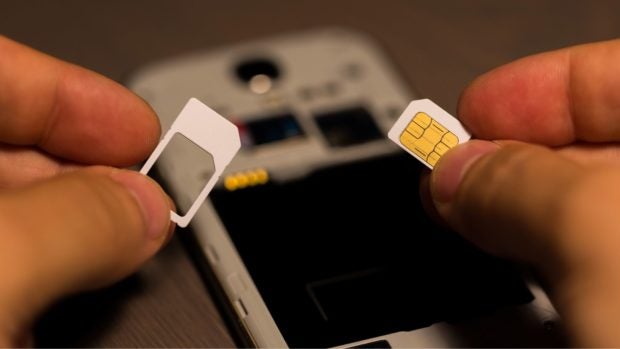 MANILA, Philippines — A proposal requiring the registration of subscriber identity module (SIM) cards to a particular owner has been refiled in the House of Representatives, just months after former president Rodrigo Duterte vetoed the measure.

In the explanatory note of the said measure, copies of which were released Tuesday, the lawmakers noted that telecommunications companies (telco) have already removed millions of spam messages and deactivated thousands of phone numbers which could have been solved by requiring the registration of SIM cards.

“On one hand, the affordability and accessibility of SIM cards have resulted in the democratization of mobile communications, possibly contributing to a more leveled playing field in terms of employment, education, and access to public information,” the explanatory note of the bill filed on June 30 showed.

“On the other hand, having an unregulated SIM card market has also given way to several mobile phone scams,” the proponents added.

Globe’s competitor PLDT on the other hand, managed to block 23 million text messages in just three days — from June 11 to 14, 2022. Most of the messages posed as legitimate organizations but had links that redirected users to phishing websites.

This is not the first time a bill requiring SIM card registration was introduced in Congress. Last February 4, both the House of Representatives and the Senate passed a similar bill on the third and final reading.

That provision on social media registration is not included in House Bill No. 14.

But similar to the previous proposal, House Bill No. 14 would require SIM card buyers to provide public telecommunications entities (PTEs) with valid documents, a complete registration form, and photos to ascertain his or her identity.

“Failure of an end-user to comply with the requirements under this section shall be a ground for the PTE or direct seller to refuse the sale and issuance of a SIM card,” they added.

The following details would be asked from prospective SIM card buyers:

If the customer fails to present any of the following IDs, a National Bureau of Investigation clearance, police clearance, or a Philippine Statistics Authority-certified birth certificate with an ID picture would be enough.

HB 14 also imposes penalties for PTEs who fail to comply with the regulation. PTEs may be fined up to P300,000 for the first offense, P500,000 for the second offense, and up to P1 million for the third and any succeeding violations.

Once enacted, authorized sellers of SIM cards who violate the bill’s provisions will be suspended from operating and fined between P5,000 to P50,000. Officers of implementing agencies who violate the provisions will be dismissed from service and fined, aside from possibly facing criminal, civil, and administrative charges. With reports from Andy Hoo, INQUIRER.net trainee