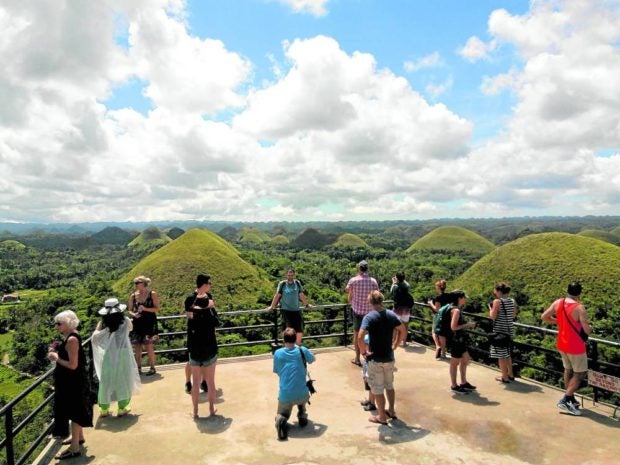 TAGBILARAN CITY—The municipality of Danao in Bohol province on Saturday reopened  its tourism sites to the public, two years after it was closed due to the COVID-19 pandemic.

Among those that resumed operations was the Danao Adventure Park (DAP) in Barangay Magtangtang, considered Bohol’s adventure capital.

Danao Mayor Jose Cepedoza said the reopening of the DAP aims to boost the local economy and revive the tourism industry.

“Reopening our tourism spots sends a message of encouragement to the people that there is still hope,” he said on July 9 during the 61st founding anniversary Danao.

Other features like the hamster well and zipbike will be put up within the next three months.

Danao is the birthplace of Francisco Sendrijas, known as Dagohoy, who established the first Bohol republic.Cepedoza said Danao used to earn P33 million a year before the pandemic. The amount, he said, is huge for a fourth class municipality.

In October 2013, the 7.2 magnitude earthquake destroyed the DAP. It took a while before the local government restored it.

The park also experienced losses during the pandemic in 2020 and Typhoon “Odette” in December 2021 when all its facilities were damaged.

The newly paved road to Magtangtang was inaugurated on July 8, to provide tourists a better travel experience.

“We are slowly recovering now. If the normalcy continues, Danao will welcome more visitors and tourists,” Cepedoza said.