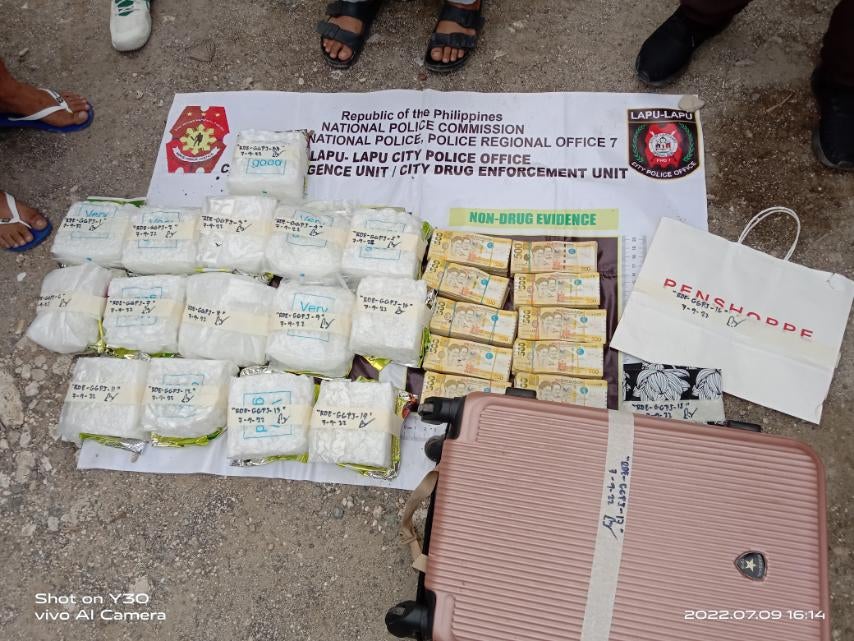 MANILA, Philippines — Anti-narcotics agents of the Philippine National Police (PNP) seized 15 kilos of crystal methamphetamine or “shabu” worth P102 million during a bust in Lapu-Lapu City, Cebu on Saturday, July 9.

Also arrested by members of the Lapu-Lapu City Police Office Intelligence and Drug Enforcement Unit during the bust was Grace Glory Juntilla, 31. The PNP described Juntilla as a “notorious drug trafficker” in the city.

“This tells how the PNP has been working night and day to counter efforts to propagate the illegal drug supply in the country,” he added.

Juntilla is now facing complaints for violation of Republic Act 9165 or the “Comprehensive Dangerous Drugs Act of 2002.”