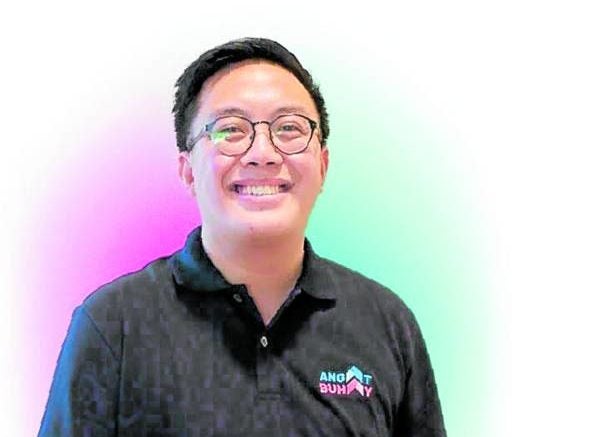 Lorraine Badoy strikes again, and her target vows to strike back.

Although no longer a government official and spokesperson for the anticommunist task force, Badoy continued to Red-tag former Vice President Leni Robredo and her nongovernmental organization (NGO) Angat Buhay.

“Her claims are utterly baseless and completely false, and worse, encourage the harassment of our staff members, volunteers and partners,” Magno said.

“To our friends and supporters, rest assured that we are not taking this sitting down,” he said. “We will not allow these efforts to sabotage our work to prosper.”

He said their lawyers were being consulted for “possible legal actions” against Badoy, who served as spokesperson for the National Task Force to End Local Communist Armed Conflict (NTF-Elcac) under the Duterte administration.

In a short clip of her July 4 interview with SMNI News Channel that is circulating on social media, Badoy said that communist rebels were “really working overtime on their recruitment” and was being carried out through Angat Buhay.

“Fellow Filipinos, the people behind Angat Buhay is CPP-NPA-NDF,” Badoy said, referring to the Communist Party of the Philippines, its armed wing, the New People’s Army, and its political arm, the National Democratic Front of the Philippines.

She also said that there were mothers looking for their children “who are now gone and they can no longer find them.” Badoy claimed without proof that these children had “joined Leni Youth.”

Magno said the possible legal move against Badoy was intended to “protect the integrity” of Angat Buhay, their work and their volunteers and partners.

In a curt response on Facebook on Friday, Badoy said: “Bring it on. My lawyers await you.”

As Vice President and as a presidential candidate, Robredo, who is now Angat Buhay’s chair, was a constant Red-tagging target by the NTF-Elcac and other pro-administration officials who claimed that her presidential campaign was supported by communist rebels.

Both Robredo and the rebels have denied this.

Various civil society groups and personalities have filed charges against Badoy in the Office of the Ombudsman for Red-tagging them.

In the Philippines, Red-tagging is a form of labeling individuals and groups as communist party members or sympathizers. As a result, many of them had either been prosecuted, persecuted, attacked or killed by government security forces or pro-state armed groups.

Various local and international human rights organizations have called for a stop to Red-tagging, citing the real life-and-death consequences on individuals and members of groups that had been so labeled.

The new administration’s National Security Adviser Clarita Carlos, the former president of the National Defense College of the Philippines who will cochair the anticommunist task force with President Marcos, rejects the Red-tagging practice, saying it should be stopped “because it makes no sense labeling people.”

Carlos, a retied political science professor, had said that government resources should instead be invested in addressing “issues of injustice, lack of opportunity and the huge inequality between the poor and the rich” in the state’s counterinsurgency efforts.

On March 23, three separate complaints were filed by 26 individuals against Badoy with the Ombudsman for Red-tagging them and Robredo. This was prompted by Badoy’s claim that the former Vice President allegedly colluded with the Reds through a “pact with the devil” supposedly to boost her presidential bid.

The complaints filed by teachers, concerned citizens, youth groups, among others, were followed a week later by progressive groups of farmers and workers, also charging Badoy with Red-tagging.

The Alliance of Health Workers also filed a similar complaint against Badoy.

Badoy, Esperon and other senior officials appointed by Mr. Duterte to the anticommunist task force are considered to have also ended their service in government after the former president stepped down on June 30.