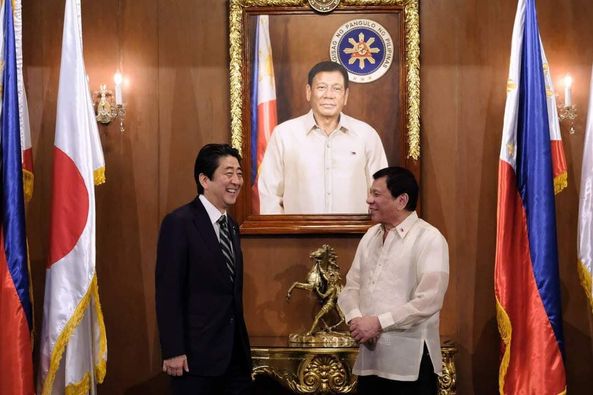 “Abe was a good and loyal friend, a staunch supporter of my administration and a strong ally of the nation,” Duterte said in a statement sent by his former spokesperson Martin Andanar.

“As the world mourns the loss of this great man, we remember him for his compassionate service and remarkable leadership. Indeed, one of the most influential world leaders of our time,” the former President added.

“For this, I will always hold him close to my heart and cherish the moments we have shared together,” Duterte said in a Facebook post.

“It is my hope that, as we remember his legacy, we will continue to learn and draw from his dedication to duty and remarkable leadership moving forward,” he added.

Abe died after being shot while campaigning for a parliamentary election on Friday.

Reuters reported that a man opened fire on Abe from behind with a homemade gun as he spoke at a drab traffic island in the western city of Nara.