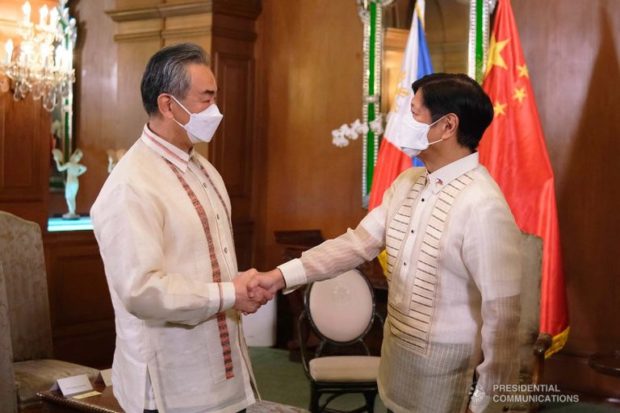 Press Secretary Trixie Cruz-Angeles confirmed this during a press briefing but said there is no date yet.

“There was an invitation but there is no date set as of yet,” Cruz-Angeles said.

“Yes he did,” she added when asked if Marcos accepted the invitation.

Marcos earlier met with Chinese Foreign Minister Wang Yi during the latter’s visit to the Philippines.

According to Cruz-Angeles, Wang stressed “the cooperation between China and the Philippines and that it transcends any maritime disputes.”

“He (Wang) reiterates that the friendship between the two sides has lasted for many years. So that’s the extent of what they have revealed to the public,” Cruz-Angeles said.

The press secretary said Marcos agreed with Wang and stressed his intent to “bring the bilateral ties with China to a higher level.”

“We also discussed agriculture, infrastructure, energy, and our commitment to maintaining the strong relationship between our peoples in the coming years,” Marcos said, without elaborating.