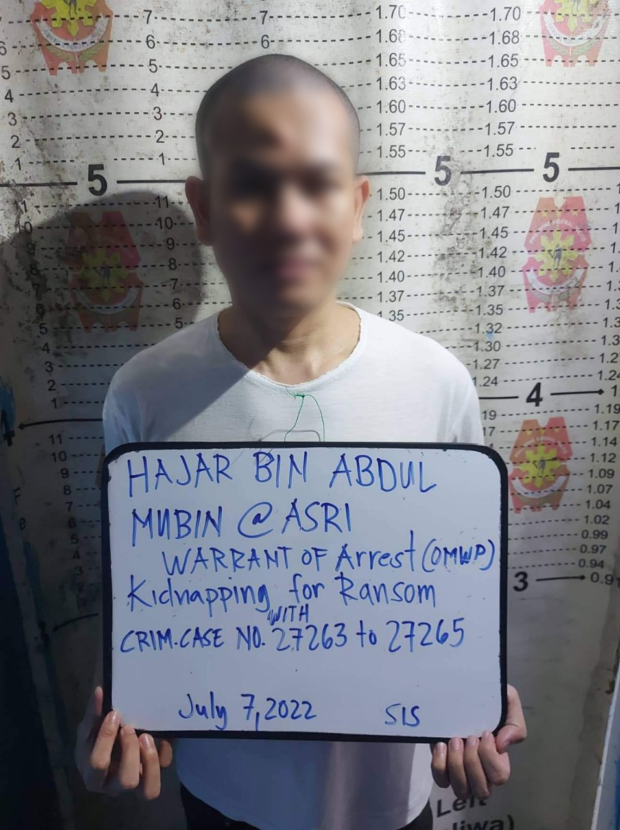 The Southern Police District (SPD) on Friday confirmed that the suspect, Hajar Binabdul Mubin, was collared upon his arrival from Malaysia at the Ninoy Aquino International Airport in Pasay around 11:30 p.m.

Mubin left the Basilan-based ASG in 2015 and fled to Malaysia after he was linked in four encounters with the military, according to the SPD.

“He was able to secure a fake ID card or a permanent residence card. He created his Facebook account under the name of ‘Mhieradz Zhiadqie IV’ to get in touch with his former fans and ASG comrades,” SPD District Director Police Brigadier General Jimili Macaraeg shared in a statement.

He further detailed that in August 2017, Mubin and seven other Filipinos were arrested in Kuala Lumpur, Malaysia for alleged involvement and linkages to terrorist activities.

Mubin was slated for release in August 2021, but Tapah Prison in Malaysia was then under Enhanced Movement Control Order — a national lockdown implemented to mitigate the effects of the COVID-19 pandemic.

The suspect is currently under the custody of the District Special Operation Unit, pending the issuance of a Commitment Order from the Zamboanga Regional Trial Court where Mubin’s warrant of arrest was originally granted.

Bomb-carrying ex-Abu slain in scuffle with cops in Basilan