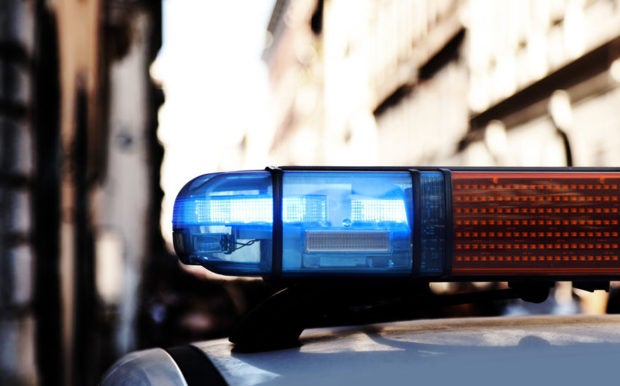 STOCK IMAGE: blue lights of a siren of police car during patroling in the city

MANILA, Philippines — A total of 57 blinkers and nine sirens, colloquially “wang-wang,” have been confiscated from common vehicle users from July 1 to 8, the Highway Patrol Group (HPG) said Friday.

According to Police Lt. Col. Catherine Dalmacia, officer-in-charge of the HPG operations management division, six sirens and one blinker were seized from violators in Metro Manila.

She clarified, however, that no arrests have so far been done by the HPG since the first offense only calls for the confiscation of the prohibited gadgets.

(For the second offense and beyond that, violators may be subjected to a criminal offense and a fine.)

She also reiterated that HPG’s crackdown against the unauthorized use of these devices has long been ongoing but was only ramped up upon the earlier directive of the Philippine National Police.

“With regards sa enforcement namin against the illegal use of wang-wang and blinkers, tuloy-tuloy naman siya. Mas pinaigting lang,” she stressed.

(Our enforcement of the anti-illegal use of sirens and blinkers continues but now, it will be further intensified.)

READ: PNP steps up crackdown on vehicles with blinkers, sirens

Dalmacia reminded motorists and vehicle owners anew “to follow these rules and regulations for orderly and peaceful highways.”

The unauthorized use of sirens, blinkers, and other devices that “produce exceptionally loud or startling sound” is banned under Presidential Decree 96, which was issued in 1973 by then-President Ferdinand Marcos Sr.

It can only be installed in vehicles for official use by members of the Armed Forces of the Philippines, National Bureau of Investigation, Land Transportation Office, police and fire departments, and hospital ambulances.

A no “wang-wang” policy was also intensified during the administration of President Benigno S. Aquino III.

THE AQUINO LEGACY: On to ‘Daang Matuwid,’ no to ‘wangwang’