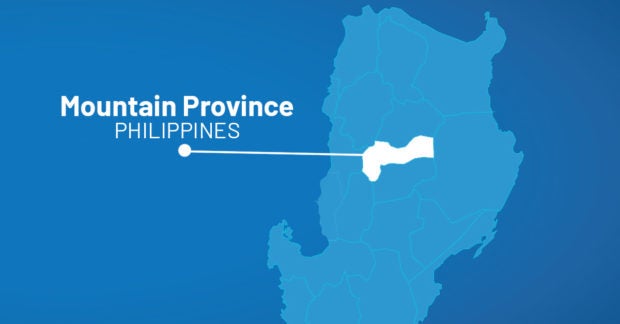 PARACELIS, Mountain Province, Philippines — The Commission on Elections (Comelec) was asked to resolve a mayoral dispute in this town after a disqualified candidate for the town’s top post received the most number of votes in the May 9 elections.

Elected Vice Mayor Djarma Rafael is seeking the post through the rule of succession, while the former mayor, Marcos Ayangwa, who ranked second in the election, asserted that he should sit as mayor.

Avelino Amangyen was ordered disqualified by the Comelec on April 19 due to “material misrepresentation” when he filed his certificate of candidacy.

According to the Comelec, Amangyen failed to disclose a 2013 conviction for violation of the Forestry Code, which carries the penalty of perpetual disqualification to hold public office. Amangyen’s house yielded undocumented wood during a raid in 2013. His conviction for breaching the Forestry Code was upheld by the Court of Appeals in 2017 and later by the Supreme Court in 2018.

On April 19, Amangyen filed a motion for reconsideration in the Comelec, which is still pending.

Ayangwa, who lost his reelection and whose term ended on June 30, insisted that the Comelec should declare him the winner since Amangyen was disqualified. Amangyen obtained 9,220 votes, while Ayangwa got 5,185 votes.

But in an order on June 28, the Department of the Interior and Local Government (DILG) directed Rafael to take over the mayoral post in an acting capacity pending a Comelec ruling resolving the impasse.

Lawyer Elmer Sagsago, counsel for Rafael, said the vice mayor would abide by the DILG’s order while waiting for the Comelec resolution.

“We will leave it to the Comelec [to decide] whether Mr. Amangyen is the duly elected mayor or not,” Sagsago told the Inquirer in a text message on Tuesday.

But Amangyen would not relinquish the post despite his disqualification, according to his designated town administrator, Edward Sullay, who occupied a table just outside the office of the mayor.

Ayangwa and a representative of Rafael have already occupied space inside the mayor’s office.

In an interview on Tuesday, Sullay said they would abide by the Comelec resolution once it had been issued, adding that he was unaware of Amangyen’s whereabouts.

Amangyen sent a copy of his oath of office administered in Tuba town, Benguet province, to the Paracelis human resource management office on June 30.

In a separate interview, Ayangwa said he urged the Comelec en banc to immediately resolve the deadlock “to put off the tension and confusion among our constituents.”

He also asked the DILG to put on hold its order installing Rafael as acting mayor.

The impasse has stirred confusion among residents, who were fearful that it would delay government transactions and services.

“We’re not sure who to recognize as our real mayor,” said tricycle driver Hernan Bayasbas.

For laborer Bonifacio Sucapen, the conflict has put them in a “wait-and-see” situation, especially in getting assistance from the local government.

Local government employee Andres Cullapoy said he would continue doing his tasks as he hoped that the release of their salaries would not be delayed.

Read Next
PNP steps up crackdown on vehicles with blinkers, sirens
EDITORS' PICK
Do all the things you do, faster
Motorcycles, smartphones, and cash prizes up for grabs in TNT’s ‘Tuloy Ang Saya’ Raffle in Mindanao
House energy committee chair Arroyo bats for cheap electricity
NCR at increased COVID risk again
New PS-DBM director says DepEd laptop MOA ‘not legal’
House okays budget; ways to go in Senate
MOST READ
Shopee PH gets flak for getting Toni Gonzaga
Robredo’s tarpaulin portrait at Palace just a ‘placeholder’
Robredo supporter tackles elephant in room: No massive fraud in 2022 polls, surveys were just right
DepEd: We are in a crisis situation in education sector
Don't miss out on the latest news and information.