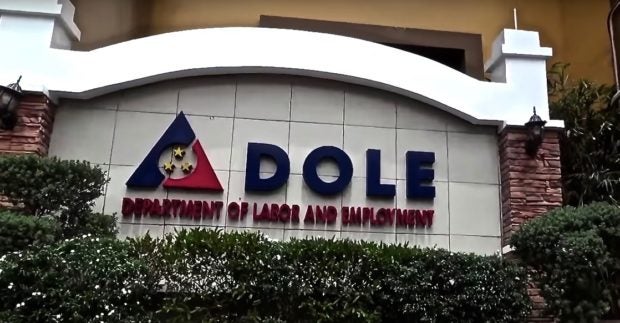 Facade of the Department of Labor and Employment. (FILE PHOTO)

MANILA, Philippines — A joint circular from the Department of Labor and Employment (DOLE) and the Department of Migrant Workers (DMW) is scheduled for release, addressing the list of Labor Attached Agencies that will be consolidated to the latter department.

According to DMW Sec. Susan Ople during the weekly “Kapihan sa Manila Bay” forum on Wednesday, the circular clarifies the relationship between the different agencies between DOLE and DMW.

Labor Sec. Bienvenido Laguesma likewise explained the same thing, assuring that the service for overseas Filipino workers and their families will not be disrupted by the circular.

(Due to the law creating the DMW, the DOLE has offices that must be consolidated and absorbed by the DMW, that’s what’s contained in our signed oath.)

(The handle is for the transition so that the service to the emigrating workers will not be disrupted.)

Apart from the transfer of the offices, resources and funds will also be tackled in the circular, specifically the funds entrusted to the agencies attached to DOLE which are set to be transferred to the newly-formed DMW.

(So obviously we want a smooth [transition], and we won’t have to wait long to be fully operationalized.)

(That is our direction right now because we also recognize that there are regulations that we must respect and acknowledge, that is the framework of our joint advisory.)

The Labor-attached agencies set to be consolidated into the DMW are the following: