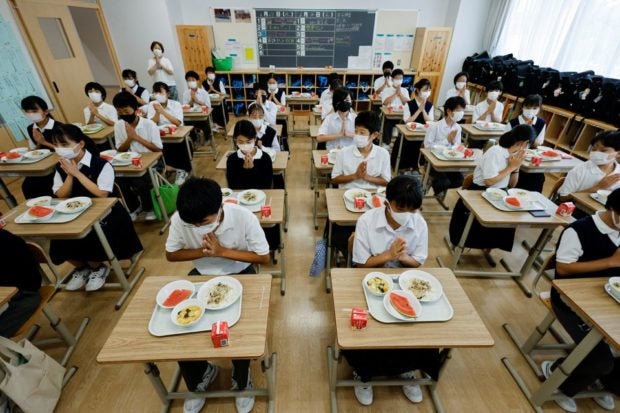 TOKYO — For months, Kazumi Sato, a nutritionist at a middle school in eastern Tokyo, has received notices about hikes in ingredient prices.

Mindful of the economic hardships many of the students’ families face, local authorities are loath to pass the burden of pricier school lunches on to them. For Sato, that has meant constantly adjusting lunch recipes so that Senju Aoba Junior High School’s kitchen can stay within budget.

“I try to include seasonal fruits once or twice a month, but it’s difficult to do it frequently,” she told Reuters at the school.

Sato says she substitutes fresh fruit, which is expensive in Japan, with jelly or a sliver of hand-made cake. She’s taken to using lots of bean sprouts as a cheap alternative wherever possible, but worries she’ll run out of ideas if prices keep rising.

“I don’t want to disappoint the children with what they might feel is a sad meal,” she said.

Inflation is becoming an increasingly political issue in Japan, a country unaccustomed to steep price rises, and many households are feeling the squeeze. 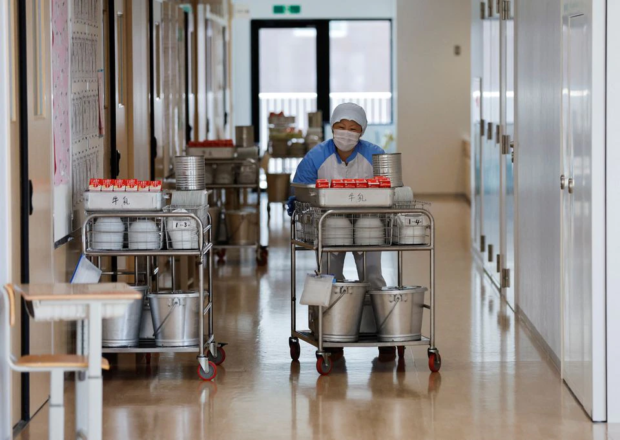 These days, Sato says, an 18-liter (4.8-gallon) can of cooking oil costs 1,750 yen ($12.85) more than it did a year ago, while the price of onions has doubled. The government imposes strict nutritional requirements for public schools, so there’s only so much nutritionists can do before schools are forced to raise prices on families.

Authorities want to avoid that, knowing poorer families will skimp on nutritious meals at home. Some children return to school from summer break visibly skinnier, educators and public officials say.

In Tokyo’s Adachi ward, lunches at public middle schools cost 334 yen, of which 303 yen is covered by families.

As part of relief measures, the national government said in April it would provide funds to help schools absorb some of the rising costs for meals. Adachi ward plans to use those, and its own extra budget, to avoid passing the burden on to families.

But Sato worries about the prospect of further energy and food price hikes, especially towards the end of the school year when the allocated funds start to run out.

“The rainy season ended earlier this year, so there may be a big impact on vegetables,” she said. “I’m worried about what prices will be like in the fall and beyond.”