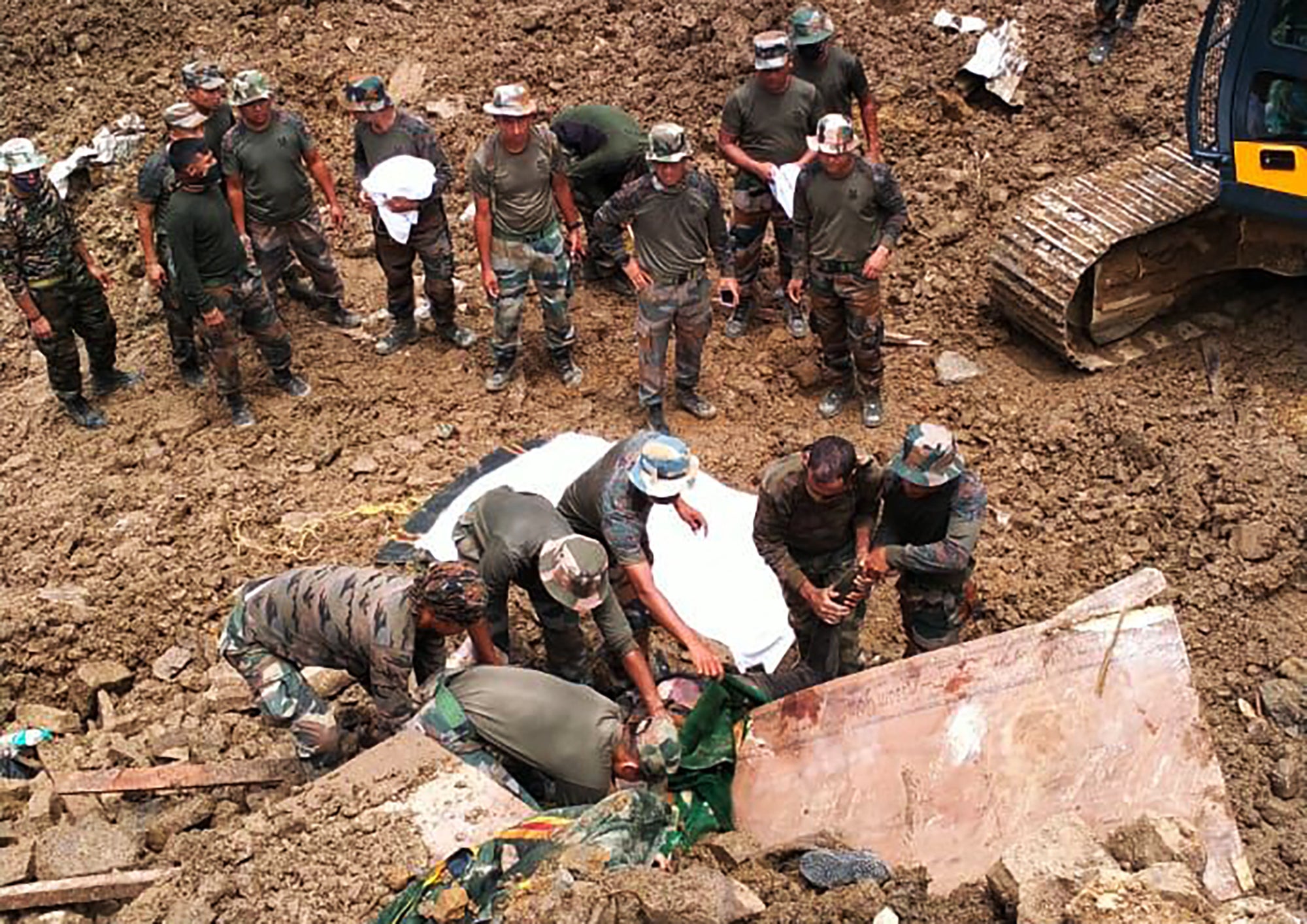 In this handout photo released by the Indian Army and taken on July 1, 2022, security forces and disaster relief teams search for survivors and victims after a landslide in Noney district, some 50 Km from Manipur’s capital Imphal. (Photo by INDIAN ARMY / AFP)

GUWAHATI, India — The search for survivors buried under a landslide in India’s northeast entered its third day Saturday with 25 bodies pulled from the rubble and nearly 40 people still missing.

Security forces and disaster relief teams raced against the clock to find any more survivors trapped under the debris at a railway construction camp in Manipur state.

Most of the victims were reserve soldiers from the Territorial Army who had been working on the railway project.

Eighteen people have so far been pulled alive from the earth with no more rescued overnight, an army statement said, while 12 reservists and 26 civilians remain missing.

The situation at the scene of the landslide was “still serious” with rainfall and bad weather hampering rescue efforts, Manipur Chief Minister N. Biren Singh said.

India’s remote northeast has been pummeled by heavy rainfall in recent weeks, triggering landslides and floods.

Dozens were killed in the region after flooding last month, with relentless rains causing landslides and inundating homes.

Earlier this year, at least 10 people, including a four-year-old child, were killed in floods and landslides after unusually heavy rains hit several parts of India.

Experts say climate change is increasing the number of extreme weather events around the world, with damming, deforestation and development projects in India exacerbating the human toll.