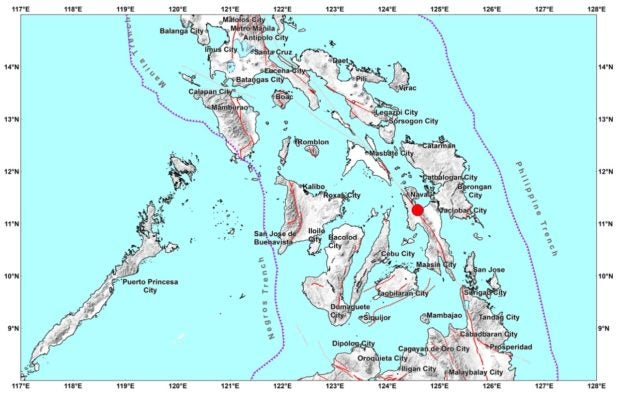 MANILA, Philippines — Several towns in Leyte province were rocked by a shallow magnitude 3.7 earthquake on Friday afternoon, a bulletin from the Philippine Institute of Volcanology and Seismology (Phivolcs) said.

According to Phivolcs, Intensity IV was felt in Kananga town, Leyte; Intensity III in Capoocan; and Intensity II in Ormoc City and Carigara.

Phivolcs said that the earthquake’s epicenter was found eight kilometers northeast of Kananga, with a depth of only four kilometers below the ground.

Usually, earthquakes that are closer to the ground are felt more than those occurring at a deeper location.

Currently, Phivolcs said that no aftershocks and no damage are expected after the movement.