New DSWD chief vows to extend contracts of all COS employees 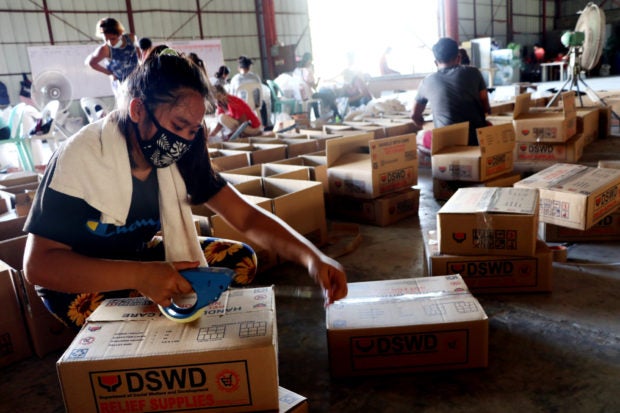 MANILA, Philippines — The new Department of Social Welfare and Development (DSWD) Secretary Erwin Tulfo has vowed to extend contracts of all employees nationwide under the Cost of Service (COS) employment.

Tulfo said this is one of the directives of President Ferdinand “Bongbong” Marcos Jr., focusing on pandemic recovery.

Under the current program, COS workers in government may be tapped through individual contracts, which may last until Dec. 31.

Aside from the extension of contracts, Tulfo vowed to make efficient services that would aid the society’s poor, vulnerable, marginalized and disadvantaged sectors.

He also promised to look at the practicality and feasibility of decreasing documentary requirements for those seeking assistance.

As part of the ceremony, outgoing DSWD secretary Rolando Joselito D. Bautista handed over the following:

Bautista thanked his DSWD team for their “unwavering commitment to the pursuit of maagap at mapagkalingang serbisyo over the past three years of my leadership.”

“Secretary Erwin, I am now handing over to you the 29,000 strong personnel across the nation, ready to support you in performing the mandate of the DSWD,” he said.

In his first address as a DSWD secretary, Tulfo thanked Bautista for his service to the Filipinos amid the COVID-19 pandemic and other natural disasters.

He also went on to express his gratitude to President Marcos for entrusting him with the secretary post.

(I accept this challenge. I know the work is to serve our poor fellowmen. This is a mission, a gargantuan task. The mission is not just to perform our mandate, but to lead to succeed in serving the poor.)

Read Next
On Day One, Bongbong Marcos, Sara Duterte attend mass, urged to be ‘leaders who listen’
EDITORS' PICK
House energy committee chair Arroyo bats for cheap electricity
Reignite your passion with the vivo Y35
Individuals affected by ‘Karding’ now over 157,000
Karding damage to infrastructure at P23M
Bongbong Marcos says PH ‘open for business’ with new Clark Airport terminal
Newbie gamers are in for a treat with the power-packed feature of vivo Y16
MOST READ
LPA enters PAR, may develop into tropical depression
Angelica Panganiban ‘duguan, sugatang mom’ one week into breastfeeding
Security guard shoots 2 other guards dead inside Makati subdivision
Badoy not with Office of the President, NTF-Elcac, under Marcos admin — solon
Don't miss out on the latest news and information.