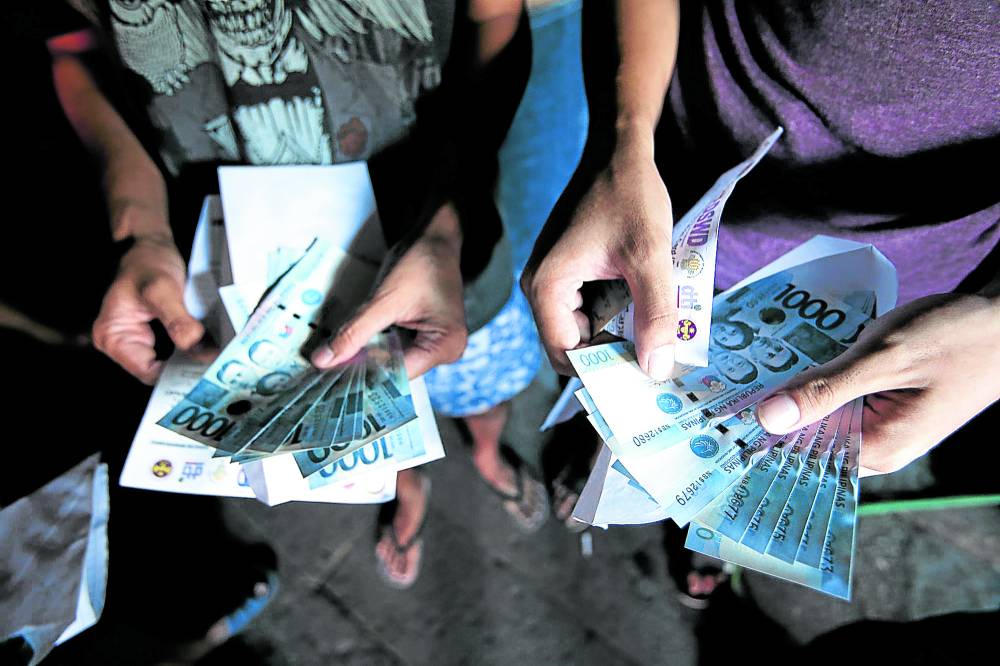 (FILE) Residents John Paul Delica and Ramon Conda, both work as cargo handler at the airport, receives the P 8,000 during the first distribution of Social Amelioration Program Bayanihan fund at Barangay Vitalez in Paranaque City.  INQUIRER PHOTO / RICHARD A. REYES

MANILA, Philippines — Senator Alan Peter Cayetano said he will immediately be filing his proposed “10K Ayuda Bill,” but stressed that it is a proposal that still needs action from the Senate, the House of Representatives and the Palace.

At the oath-taking ceremony of Taguig City officials, Cayetano said his proposed legislation is different from the privately funded “Sampung Libong Pag-asa” program that distributed P10,000 to select beneficiaries.

The program started in May last year and was paused in February 2022 in line with the guidelines set by the Commission on Elections (Comelec) ahead of the 2022 elections.

(To those who are criticizing the 10K Ayuda, if I can only give them P10,000 each, then I would do that. But reality is, this is a legislative proposal.)

(So my call to those criticizing the Sampung Libong Pag-asa Program during the pandemic, just help.)

(Today may I take the opportunity to ask that two of my pet bills, the moral uprightness and the 10K Ayuda, be filed by our partners in Congress—Congresswoman Pammy at Congressman Ading—so that we can get the ball rolling.)

Both the Senate and House must pass their own versions of the “10K Ayuda Bill” before it can be sent to the Office of the President.

Cayetano’s proposal seeks the creation of a financial aid program that will distribute P10,000 to every Filipino family—or P1,500 per family member, whichever amount is higher.

He filed a similar measure as a representative in the 18th Congress.