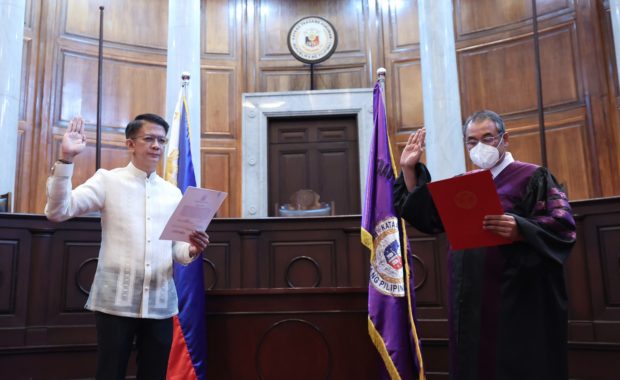 SENATE COMEBACK. Francis Escudero takes his oath as a senator before Chief Justice Alexander Gesmundo on Wednesday, June 29, 2022, at the Supreme Court in Manila. Photo courtesy of Senate PRIB

Escudero’s oath was administered by Chief Justice Alexander Gesmundo at the Supreme Court in Manila.

Escudero vowed to clear all hurdles to achieve autonomy in local governments.

(As I promised, I will fight and remove all challenges in relation to the real autonomy of local governments.)

He assured the public that he will work closely with the administration of incoming president Ferdinand Marcos Jr. to pass the proposed P5.2 trillion national budget for 2023.

Gatchalian committed to improving the lives of each Filipino during his second term in the upper chamber of Congress. 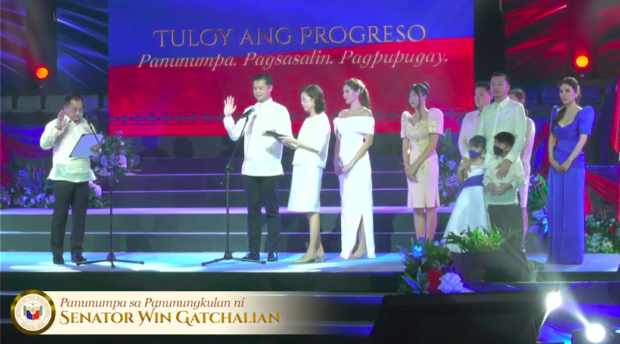 (And now, in the next six years, we are facing many challenges, especially now that we are just recovering from the slowdown of the pandemic.)

(But, I will do everything I can. I will give all my strength to improve the quality and status of lives of each Filipino family. That is my promise, I will do that.)

Both Escudero and Gatchalian received more than 20 million votes in the May 9 elections, placing fifth and fourth, respectively, in the senatorial race.