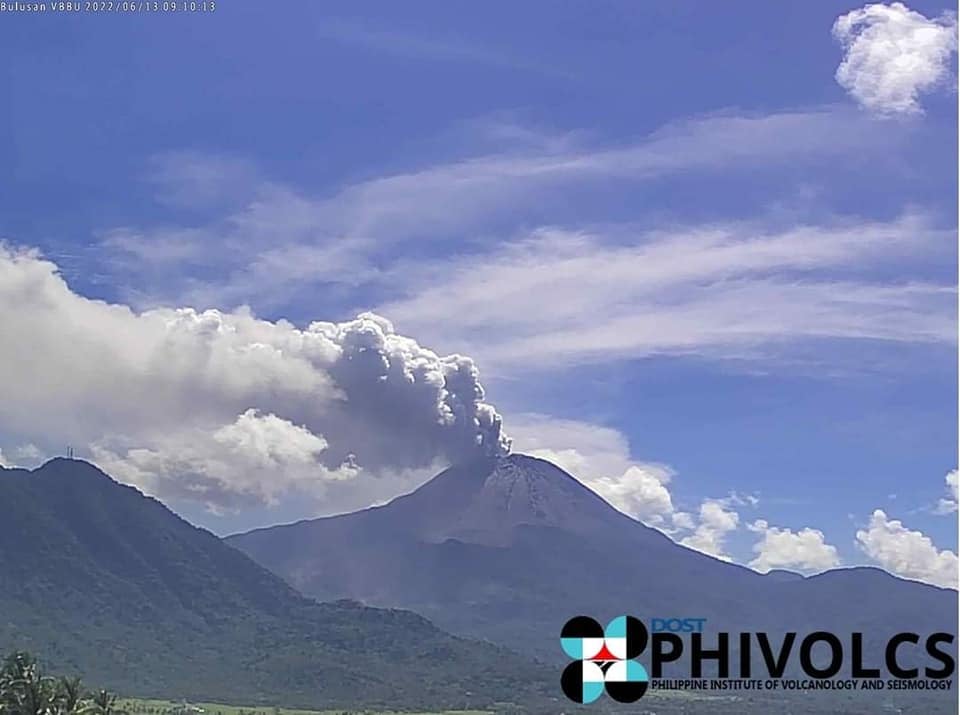 A thick plume of smoke can be seen coming out of the peak of Mount Bulusan on June 13, 2022. Image sourced from the Sorsogon Public Information Office / Facebook / Phivolcs

LEGAZPI CITY—The Philippine Institute of Volcanology and Seismology (Phivolcs) has recorded more volcanic earthquakes in Mount Bulusan in Sorsogon in the past 24 hours.

Phivolcs said in its Wednesday bulletin that it detected 107 volcanic earthquakes compared to seven in the last monitoring period.

The volcano emitted 630 tons of sulfur dioxide on June 28.

Authorities warned families living near the river channels of another possible lahar flow during rainy days.

Phivolcs earlier said that the volcano released about 710,000 cubic meters of ash during the June 5 and 12 phreatic eruptions.

The volcano is still inflated and remains under Alert Level 1, which means another phreatic eruption is possible, Phivolcs added.