Abortions can resume in Texas after a judge on Tuesday blocked officials from enforcing a nearly century-old ban the state’s Republican attorney general said was back in effect after the U.S. Supreme Court overturned the constitutional right to the procedure nationwide.

The temporary restraining order by Judge Christine Weems in Harris County came in a last-ditch bid by abortion providers to resume services after the U.S. Supreme Court on Friday overturned the 1973 Roe v. Wade ruling that guaranteed the right of women to obtain abortions.

The order allows clinics to resume services, for now, in a state where abortion was already severely restricted to only up to six weeks of pregnancy under a Texas law that took effect in September that the U.S. Supreme Court declined to block.

“Every hour that abortion is accessible in Texas is a victory,” Marc Hearron, a lawyer for the abortion providers at Center for Reproductive Rights, said in a statement. 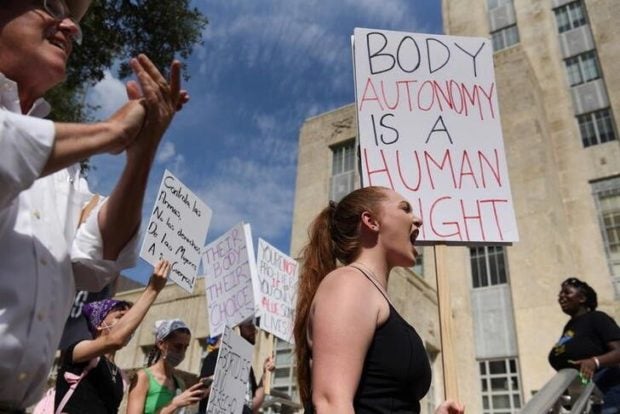 Texas Attorney General Ken Paxton on Twitter said he was immediately appealing the judge’s “wrong” decision, saying the pre-Roe laws “are 100% in effect & constitutional.” A further hearing is scheduled for July 12.

The decision came amid a flurry of litigation in state courts by abortion rights groups seeking to slow or halt restrictions on the ability of women to terminate pregnancies that are now taking effect or are poised to do so in 22 states.

Those states include 13 that like Texas enacted so-called “trigger” laws designed to take effect if Roe v. Wade was overturned, according to the Guttmacher Institute, an abortion rights advocacy research group.

Following the Supreme Court’s decision, federal courts have been lifting orders blocking Republican-backed abortion restrictions. On Tuesday, a federal appeals court cleared the way for a six-week ban in Tennessee to take effect.

Paxton, in an advisory issued after the U.S. Supreme Court ruled, said the state’s 2021 trigger ban, which bars abortions almost entirely, would not take immediate effect. Providers say that could take two months or more.

But Paxton said prosecutors could choose to immediately pursue criminal charges against abortion providers based on a different, old statute that had gone unenforced while Roe v. Wade was on the books but that remained Texas law.

Texas abortion providers in a lawsuit filed on Monday argued the 1925 ban had been repealed and conflicted with the more recent trigger ban the Republican-dominated legislature passed.

The lawsuit was filed the same day that judges in Louisiana and Utah blocked officials from enforcing their states’ “trigger” bans, and abortion providers in Idaho, Kentucky and Mississippi sued to obtain similar relief.

The Oklahoma Supreme Court in a 8-1 decision on Monday rejected a request by providers to block implementation of a near-total ban on abortions that took effect in May, before the U.S. Supreme Court’s ruling but after a draft version leaked.

In Iowa, where the state’s top court ruled the Iowa constitution does not include a “fundamental right” to abortion, Republican Governor Kim Reynolds on Tuesday said she will ask a court to reinstate a previously struck down “fetal heartbeat” law banning abortion after about six weeks of pregnancy.