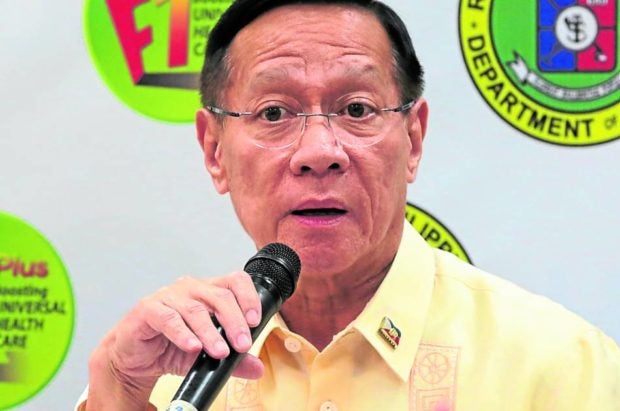 MANILA, Philippines — Health Secretary Francisco Duque III said COVID-19 jabs in the current stockpile considered as “wastage” was still within the standard rate set by the World Health Organization (WHO).

Asked during the Kapihan sa Manila Hotel on Tuesday about the update on expiring vaccines, Duque said that the country’s latest vaccine wastage was at 4.7 percent, which was within the acceptable rate of 10 percent or lower.

However, this was already more than double the wastage rate in April when it was just at 2 percent.

But the consolidated vaccines identified as “wastage” were not just those set to expire or had expired, but also those found with particulate matter and whose vials were broken, Health Undersecretary Maria Rosario Vergeire said in a separate media forum.

“When we talk about wastage, these are not just expiring vaccines. Included in the wastage or wasted vaccines would be [those with] particulate matter, broken vials, sediments … and many other reasons,” Vergeire said.

Meanwhile, the booster rollout for the rest of the 12 to 17 age group is set to begin “very soon” after it was postponed on Sunday. Only Pfizer shots are allowed to be given to the young population at least five months after the second primary dose.

The booster vaccination for the teens aged 12 to 17 considered immunocompromised started on Thursday.

On Monday, 299,520 Pfizer doses arrived in the country for the 12 to 17 age group, which was also the final vaccine shipment from the US government under the Duterte administration.

P40B worth of vaccines wasted in low vaxxing turnout — Concepcion

DOH: COVID-19 vaccine wastage only at less than 2 percent