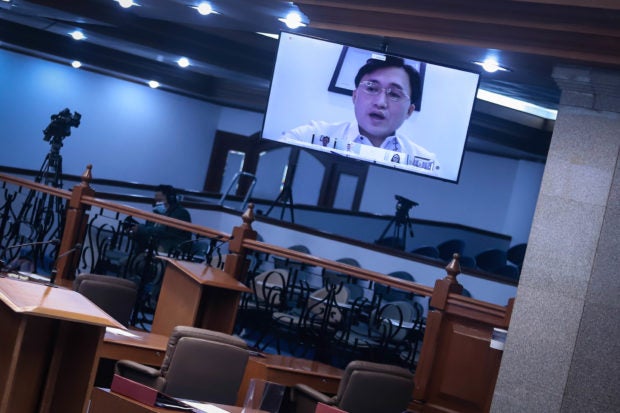 Additional support for solo parents: Sen. Christopher Lawrence “Bong” Go delivers his co-sponsorship speech on the additional benefits and privileges of solo parents and their children via teleconference on the second day of the resumption of the regular session Tuesday, May 5, 2020. (Henzberg Austria/Senate PRIB file photo)

Based on Republic Act No. 11861, which was released to the media on Tuesday, the measure lapsed into law on June 4, without the signature of President Rodrigo Duterte.

The new law decreased the period before someone can be declared a single parent due to abandonment from the previous one year to six months.

Elderly grandparents who are the sole guardians of minors can also have the same privileges as single parents.

In addition to leave privileges under existing laws, any solo parent working in the government or private sector is entitled to a seven-day paid parental leave every year, which are forfeitable and not cumulative, according to the new law.

The measure also directs the Department of Education, Commission on Higher Education, and Technical Education and Skills Development Authority to provide scholarships or grants to qualified children of solo parents in institutions of basic, higher and technical/vocational education and training.

Any solo parent who earns minimum wage and below is likewise entitled to an additional financial support of up to 1,000 per month.

A 10% discount and exemption from VAT on baby’s milk, food and micronutrient supplements and sanitary diapers, medicine, vaccines, and other medical supplements bought for children until six years of age is also granted to solo parents who are earning less than P250,000 a year, according to the new law.