Be on guard for pork, Lacson urges senators | Inquirer News

Be on guard for pork, Lacson urges senators 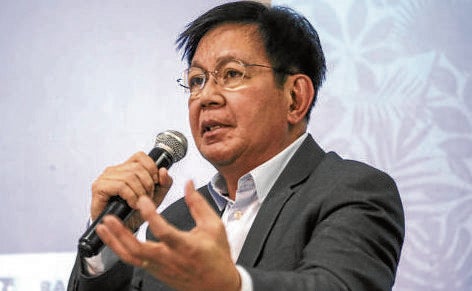 MANILA, Philippines — Outgoing Sen. Panfilo “Ping” Lacson on Monday expressed hope that senators of the incoming 19th Congress will continue his crusade of poring over the national budget and keeping it free from congressional insertions or pork barrel and other “useless” appropriations.

He said members of his staff, who have helped him in his years of crusade against the “pork barrel,” can be a great help in scrutinizing the budget for dubious insertions as they were set to join other senators in the coming Congress.

“I hope somebody will take the cudgels and continue the fight because while the Supreme Court has ruled pork barrel as unconstitutional, there are so many ways to go around it,” Lacson told reporters on Sunday evening.

Lacson, who has mulled going into retirement following a second unsuccessful run for the presidency, ends his Senate term on June 30.

In his 18 years as senator, Lacson has taken on the role of a watchdog of the national budget, and has repeatedly exposed the various schemes by which lawmakers stuff the country’s spending measure with possible sources of kickbacks.

Citing his budget-watching years in his two six-year stints from 2001 to 2013 and from 2016 to 2022, Lacson said he has helped the Filipino people save at least P300 billion from the national budget by supposedly flagging several “irregular and inappropriate” entries.

In the 2021 budget, Lacson had flagged a P67-billion allocation for “multipurpose buildings” at a year when the country was supposed to use the General Appropriations Act to “reset, rebound and recover” from the effects of the COVID-19 pandemic.

Following his scrutiny of the 2022 spending bill, the senator also exposed some P147.3 billion in duplicate projects under the proposed budget of the Department of Public Works and Highways.

Before the Supreme Court outlawed the Priority Development Assistance Fund, which was an earlier form of “pork barrel” in late 2013, Lacson had ensured that his yearly allocations amounting to P200 million from 2001 to 2013 would be returned to the National Treasury.

The country cannot afford to have “pork” in the budget, which is the country’s lifeblood, Lacson said.

He has also criticized how fund utilization in government has become “top-heavy,” which, he said leaves the listing of priority programs and projects heavily dependent on the discretion of the Malacañang, the agencies and lawmakers.

Lacson said he was willing to share with the new Marcos administration his flagship Budget Reform Advocacy for Village Empowerment (BRAVE), which provides for the downloading of funds to local governments so they can implement their development projects.

“Through BRAVE, [local governments] can get an equitable share of resources so that on their own, they can be competitive,” he said.

In an interview, Lacson urged neophyte senators in the 19th Congress to be diligent in researching and to be humble in learning the ropes of legislation.

“Humility is a virtue. If you are a new senator, be humble, be modest and try to learn the art of legislation,” he said.