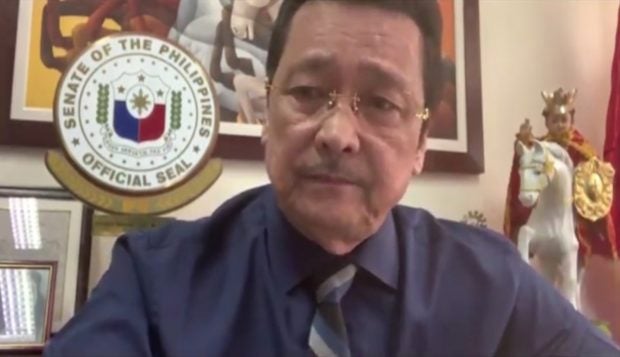 MANILA, Philippines — Senator Lito Lapid has asked the Department of Agriculture (DA) to provide a realistic assessment of the rice tariffication law’s alleged adverse effects on the farming industry.

Lapid said Monday that he sent a letter to outgoing Agriculture Secretary William Dar earlier asking the Department of Agriculture (DA) to look into the supposed bad impact and consequences of the Republic Act No. 11203 or the Rice Import Liberalization Law, which the 17th Congress crafted.

Lapid stressed that the inputs of Dar are necessary as it may be used in possibly amending the law – or by President-elect Ferdinand “Bongbong” Marcos, who decided to also lead the DA when he assumes office by noon on June 30.

According to Lapid, he made the query after farmers who raised concerns about the rice tariffication law sought his help.

Among the concerns presented include Ibon Foundation’s observations that as imported rice brought grain prices down, farmers were forced to sell their harvest for very low prices to remain competitive.

Lapid noted that Ibon Foundation already saw a 19.5 percent decrease in the prices of local grains for both fancy and other varieties.

Ibon Foundation said in February that rice farmers’ net income per hectare already dropped by 38 percent on average since R.A. No. 11203 was implemented in 2019.

The Senator also mentioned allegations from farmers that the promise of assistance through the P10 billion rice competitive enhancement fund did not fully materialize, resulting in big losses for farmers.

Other complaints from farmers that Lapid mentioned in his letter to Dar are:

Lapid said he understood the good intentions when the rice tariffication law was passed – to trim down a possible increase in rice prices due to inflation.

However, he stressed that it should benefit people and producers, which are a vital part of the economy – even as official numbers state that the law helped generate P18.9 billion while keeping inflation for rice at just two percent.

“While the law’s objectives were undeniably laudable, it appears that it fell short of its promised benefits to the consumers, the economy, and, most importantly, the farmers and the domestic agricultural industry,” Lapid pointed out.

“The question is, are we doing enough to help our farmers and protect our local industry? What is being done to ensure that our farmers will be able to sustain their operations and support their families amid the present economic realities?” he then asked.

Farmers and allied groups have called for the repeal of the rice tariffication law due to its supposed ill effects on local farmers, which have been struggling even before the law was passed and even before the COVID-19 pandemic.

Defenders of farmers have noted that the said law has not brought any significant improvement for consumers, as rice prices are still higher than before 2016.