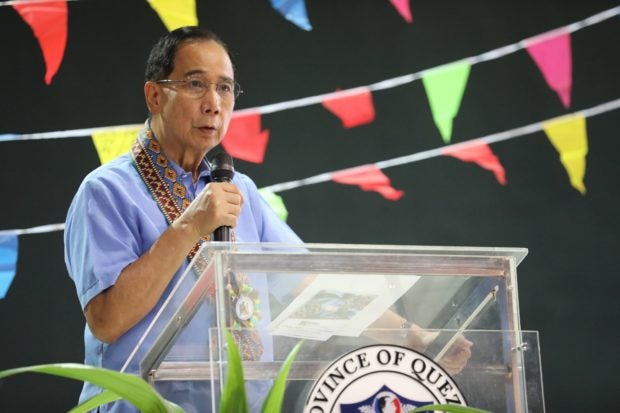 MANILA, Philippines — Amid the rising cost of basic goods and food items in the country, outgoing Department of Agriculture (DA) Secretary William Dar has called for unified action among stakeholders in the agriculture sector.

Dar pointed out that the prices of food and agricultural inputs have been continuously increasing, exacerbated by the ongoing conflict between Russia and Ukraine, two of the world’s biggest food producers.

“Tumataas na lahat ng presyo ng agricultural inputs at lahat ng pagkain. Talagang magbanat-buto po tayo dapat. Let’s be one again in saving this country. Let’s be one in protecting our farmers. Let’s produce as much food as we can during this period of crisis,” Dar said in a press release on Monday.

(The prices of agricultural inputs and all food are rising. We need to work hard.)

He earlier warned the public that there would be a looming food crisis in the country due to the same reasons which are expected to be felt between October to December this year.

According to him, in order to address the food crisis, there should be an increase in local food production.

During the DA Farm and Fisheries Clustering and Consolidation (F2C2) program Island-Wide Summit on Friday, Dar said that organizing farms under the said initiative can initiate collective action.

“We are hoping that this social engineering that we are doing-consolidation and clustering-will start the process of collective action,” he said.

The Agriculture Secretary cited Administrative Order No. 27 or referred to as F2C2 which he signed and issued in August 2020, as a measure to address food security during the COVID-19 pandemic.

The program, according to DA, encourages small Filipino farmers and fishers to “adopt clustering and consolidation of their production, processing, and marketing activities as community enterprises, including the pooling of all forms of available resources, as community business enterprises.”

Aside from the program’s focus on merging and clustering, the program also underscored community production and projects that will boost coordinated and organized value chain systems for increased productivity.

He also said that the program can capacitate the members by conducting technology transfers, and leveraging the economies of scale to conduct business.

According to DA, the following measures will be implemented to enhance the food security program:

The June 24 summit was the closing program of the four-day DA-F2C2 Island-Wide Cluster Summit led by DA in Queen Margarette Hotel in Lucena City.