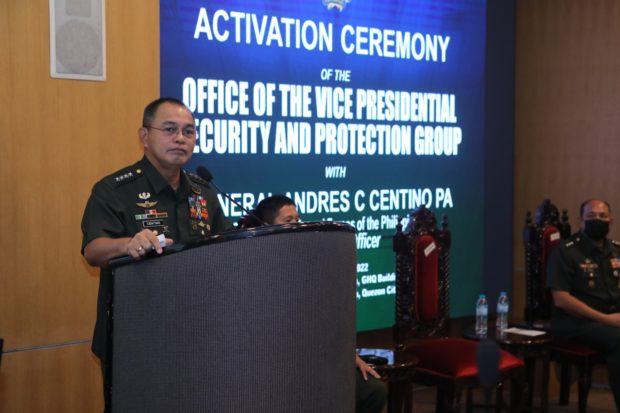 In a statement, the AFP said the VPSPG is a dedicated unit that will ensure the safety and security of the vice president of the Philippines and her family.

AFP Chief of Staff Gen. Andres Centino led the activation ceremony on Friday at the AFP General Headquarters along with other ranking officials.

With its activation, the VPSPG is now a separate unit and is headed by an O-6 grade officer (rank of Colonel/Navy Captain).

“The AFP saw it fitting to provide the Office of the Vice President a dedicated unit that shall ensure the safety and security of the second-highest elected official in the country,” Centino said.

“I am confident that the newly-designated acting VPSPG commander and the rest of the officers and enlisted personnel entrusted to ensure the safety, security, and welfare of the vice president and her family shall perform their responsibilities to the best of their abilities,” Centino added.