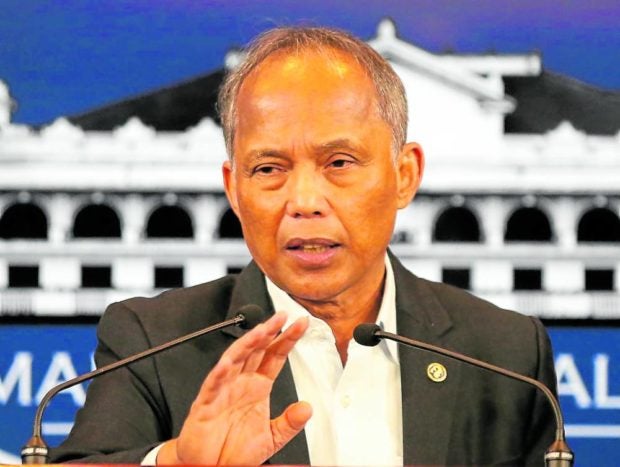 In a post on its Facebook page on Friday, the Department of Energy (DOE) said that Cusi had already executed an affidavit of desistance before the Taguig City Prosecutor Office intending to withdraw the libel and cyber libel complaints against seven news organizations.

The libel raps were for stories centered on the Malampaya gas field deal, where private respondents allegedly filed graft cases against him, Udenna chief executive officer Dennis Uy, and other personalities for their role in the sale of the majority shares in the Malampaya.

“Despite the hurt feelings and damage done to my name, a deeper reflection on what has transpired has led to the realization that the many interactions with the respondents have undeniably resulted in the forging of valued friendships and professional relationships,” Cusi said in the affidavit, portions of which were included in the statement.

“The filing of cases was precisely brought about by the hurt feelings from unverified actions or words,” he added.

According to Cusi, he is “sparing” the journalists from the burden of defending the criminal cases against them.

“However, in the interest of preserving what can be saved (with) these valued relationships, I am therefore executing this affidavit of desistance to move forward from the unfortunate events by sparing everyone from the rigors of prosecuting and defending criminal cases,” Cusi added.

It could be recalled that in November 2019, DOE and Cusi were criticized after announcing that Uy — a Davao businessman with close ties with President Rodrigo Duterte — bought nearly half of Malampaya under Udenna Corporation’s UC Malampaya.

The same UC Malampaya was poised to acquire the 45 percent share of Shell Philippines Exploration BV — which would have doubled its stake in the project to 90 percent.

However, groups and officials like Senator Risa Hontiveros questioned Cusi’s motives for filing libel, urging him to focus on his job and explain allegations about UC Malampaya being favored in the deals.