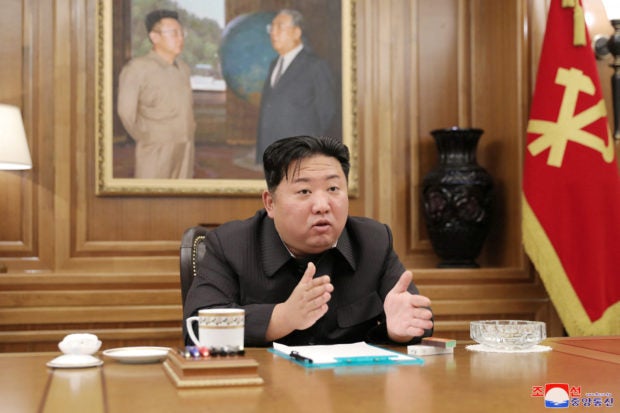 North Korean leader Kim Jong Un holds a meeting to discuss major issues arising in party work at the office building of the Central Committee of the Workers’ Party of Korea (WPK) in Pyongyang, North Korea June 12, 2022 in this photo released by the country’s Korean Central News Agency. (KCNA via REUTERS)

Kim presided over a three-day party meeting on North Korea’s military and defence policies that wrapped up on Thursday where top officials “examined and approved an important issue of providing a military guarantee for further strengthening the country’s war deterrent,” the North’s official KCNA said.