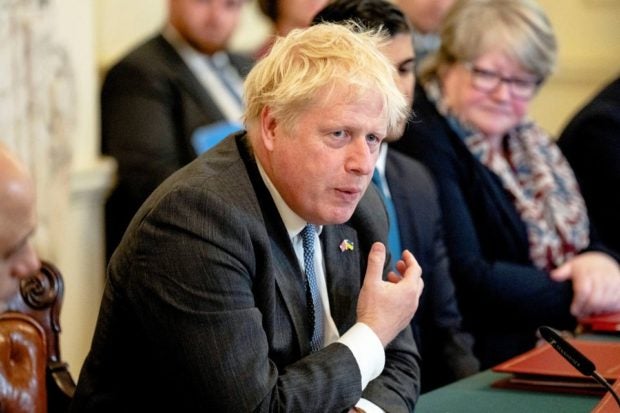 LONDON — British Prime Minister Boris Johnson will praise the benefits of free trade between Commonwealth countries on a visit to Rwanda on Thursday as he proposes a new system for boosting commerce as an alternative to that run by the European Union.

A year and a half after Britain left the EU, Johnson is looking to boost trade with the Commonwealth, a network of 54 countries that are mostly former British colonies.

The Commonwealth, headed by Queen Elizabeth, is not a formal trading bloc with a free-trade agreement. But the network includes about a third of the world’s population and some of its fastest-growing economies.

A day before the heads of Commonwealth governments meeting begins in Kigali on Friday, Johnson will say he wants to start a new trade system to reduce costs and simplify rules for 65 developing countries, including many in the Commonwealth.

This will reduce tariffs on foods, clothes and other items by 750 million pounds a year, he will say.

The new system would see Britain replace the European Union’s Generalised System of Preferences, which applies import duties at reduced rates, with what will be known as the Developing Countries Trading Scheme.

“It is an under-appreciated fact that our unique union of nations is buzzing with economic activity,” Johnson will say.

“The new initiatives we are launching today will ensure the UK is at the forefront of seizing opportunities, driving shared growth and prosperity for the benefit of all of our people.”

Earlier this year, Britain struck a 120 million pound ($148 million) deal with Rwanda to deport asylum seekers to the East African country but the first such flight was halted last week by the European Court of Human Rights.

The scheme has been widely criticized as inhumane. Prince Charles, the heir to the throne, who is representing his mother at the Commonwealth summit, privately described the plan as “appalling”, according to newspaper reports.

UK looks to fast-growing Africa for trade ties after Brexit