NTC order to block red-tagged sites can be challenged – Carpio 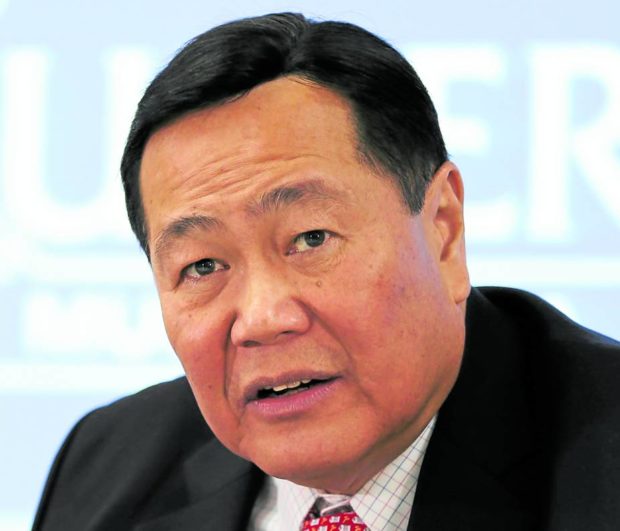 MANILA, Philippines — The Anti-Terrorism Council (ATC) has no authority to ban the websites of independent media and progressive groups being linked to the communist rebels, retired Supreme Court Senior Associate Justice Antonio Carpio said on Wednesday.

Carpio, one of the petitioners against the Anti-Terrorism Act, said the ATC was flexing its muscles after National Security Adviser Hermogenes Esperon Jr. asked the National Telecommunications Commission (NTC) to block access to the internet sites of the supposed “affiliates” of the Communist Party of the Philippines (CPP).

He said the National Security Council (NSC), a body headed by Esperon, also did not have the power to prohibit any group from maintaining its presence online.

“I think they are testing the limits of their power,” Carpio told the Inquirer. “The ATC has no power to order the blocking of websites. Neither does the NSC.”

He pointed out that most of the organizations whose websites were blocked could challenge the NTC’s order because they were not designated by the ATC as terror groups.

He said CPP founder Jose Maria Sison and others designated as terrorists may question the NTC’s order “because the only consequence of being designated as a terrorist organization is the freezing of their assets” by the Anti-Money Laundering Council (AMLC).

“The closing down of [their] websites is not a consequence of its designation as a terrorist organization,” according to Carpio.

Justice Undersecretary Adrian Sugay clarified that Esperon’s request “emanated” from the NSC, not from the ATC, where Esperon serves as the vice chair.

Sugay, however, could not directly respond when asked whether the Anti-Terrorism Act and its implementing rules and regulations (IRR) authorized the blocking of the websites of alleged terror groups.

Instead, he cited the contents of the IRR that provided a mechanism for designated groups and individuals to request the ATC for their “delisting.”

“If anybody should feel aggrieved by any perceived improper use or application of any provisions of the [law], including the provisions in designation, there are remedies under the law and judicial recourse is always available,” Sugay told reporters in a Viber message.

Sugay also admitted that the provision regarding the designation did not specifically use “affiliates,” the word Esperon used in his request to the NTC. The law only referred to “individual, groups of persons, organization or association,” that may be designated as terrorists.

Bayan Muna Rep. Carlos Isagani Zarate said the NSC’s move was “a throwback to the martial law era and a blatant violation of constitutionally guaranteed rights to freedom of expression and of the press.”

Zarate said the “heavy-handed move” should be immediately challenged so that the Supreme Court could take another look at the “broad undemocratic provisions” of the anti-terror law.

Bayan Muna Chair Neri Colmenares said blocking access to the websites of legitimate organizations and news agencies was intended “to dilute the truth” and would have a “chilling effect” on news agencies.

“The NTC and the ATC should start by blocking websites spreading fake news because that is more dangerous to our society,” he said.